The before and after… 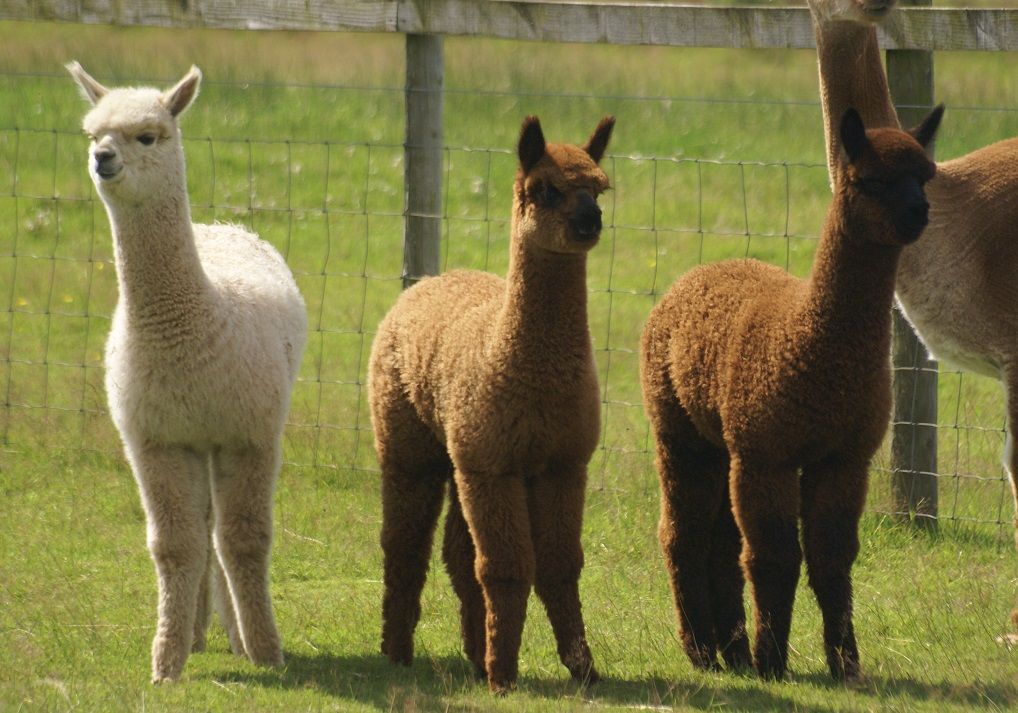 Whilst we managed to give Chris, our visiting vet student, plenty of hands on alpaca experience during his week’s placement; he unfortunately didn’t get to witness a birth. Of course as soon as he had gone they came…

Sunday turned into a bit of a chaotic day. Paul went off on a seven hour trip mobile mating. Leaving me to manage two drive-by matings in the morning, and three early afternoon. All quite managable…after all it is the boys who do the work…and no births were due. Of course it never quite works like that with alpacas. As soon as Paul had left I was certain that Ep Cambridge Sparkle (sire: NWA Ruffo) had gone into labour at 325 days gestation. However, despite obvious labour pains we had no pushing. So it was in the middle of the afternoon matings, we had to call the vet to give a helping hand. We (that being me and our client who had come for matings) could feel the head was wedged in the pelvic area, but neither of us could free it. Fortunately our vet had more success, and pulled out a beautiful female cria. Poor Sparkle was given some Flunixin and antibiotics and a gold star. The plan had been to transfuse the cria with plasma, but with two different vets trying to access a vein and failing, we had to leave it. She did drink from mum okay, but we would have liked to have covered her due to her being premature. However, she has gained weigh well and is looking strong.

We have named her Glitterati Girl. When looking through the photos I realised that I had only taken one of her fleece, and another of her bottom…I was checking to see if she was constipated (she was and had soapy enema). Although she looks white on the photos, she is beige. 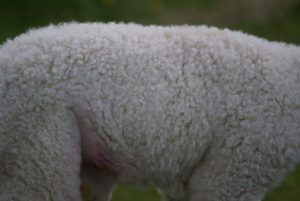 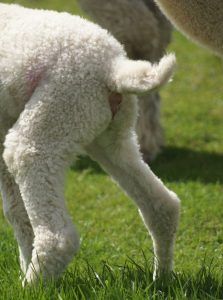 Yesterday it was the turn of Ep Cambridge Scarborough. Scarborough came in for her morning feed, and had her head in the trough when I saw that she gave a push. The next I looked, there was a head and two legs out. Ten minutes later and a lovely brown female was born in the barn! 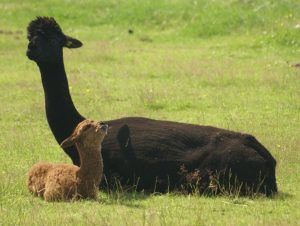 Beck Brow are now at 10 boys and 9 girls, however we have 33 cria on the farm altogether (so far) and the girls are winning overall.

We live ‘up north’ not just up north but in the north west…it rains…alot!

We have some beautiful cria fleeces this year…what are we doing shearing off the best fleece they will ever have?

For the show late in the season our cria fleece are usually passed their best.

Having considered the pros and cons, and armed with masses of cria coats just in case, Ben our sheared paid us a visit last night. We sheared our cria over one month of age (13) plus three on farm for matings. It all went very smoothly. The dams and cria were quickly reunited after shearing to avoid any rejections. The maidens were brilliant, on;ly Galaxy got a bit confused for a while but she is an airhead at the best of times (adorable with it)

Some before and after shots… 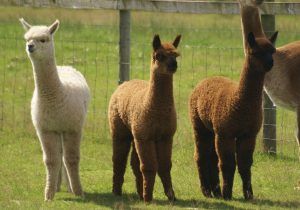 Three Timbertop Goldmine progeny: Applause, Yoko and On the Money (left to right) 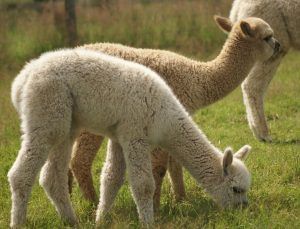 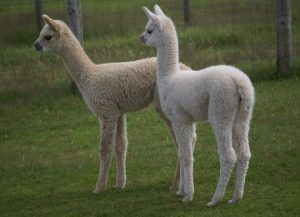 Beck Brow Chocks Away with a Kingwell female (both Timbertop Goldmine) were deemed to young to be shorn. 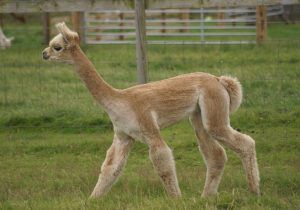 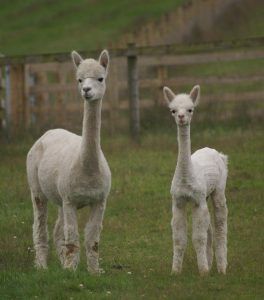 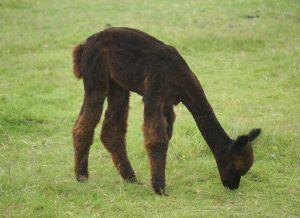 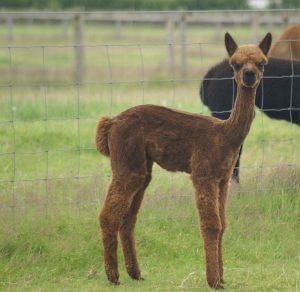 Beck Brow Tutu another Goldmine cria was the youngest to get shorn. 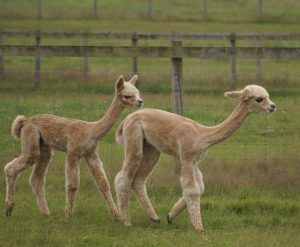 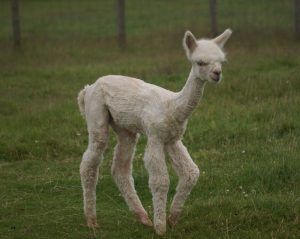 Beck Brow Wasabi (sired by Beck Brow Explorer). We were all impressed by this beige boy when shorn…look at the soft rolling skin on the neck…this boy is dense. Dam Ep Cambridge Courtesse.

Our granddaughter Hettie is a real animal lover, and of course it is no surprise that this includes alpacas… 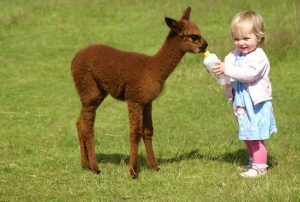 It is amazing how quickly we have added colour into our herd. So far we have had more brown cria born than white. Explorer has only given us one white so far (The Strategist) and three beige (although one may lighten to white). I am still a firm lover of elite white fleece, so looking forward to those still to birth. 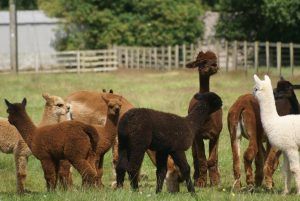 Katkin (centre) was one of our foundation females. We no longer breed from her as she develpoed some arthritis a couple of years ago and hasnt a great milk supply post mastitis. However she is good for creche duties!

A full weekend of matings booked again. The boys are working so hard, I think we might need to be on the lookout for some additions to the stud for next year…

Categories: Blog
Births, legs back and a prolapse!
Exciting Times!