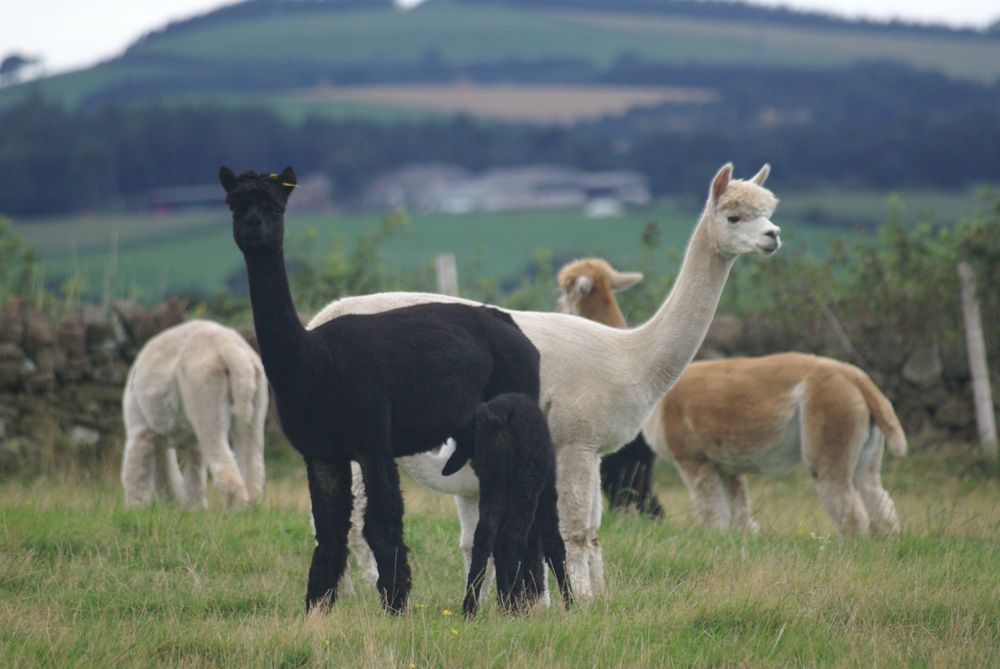 Alpacas belong to a group of animals known as camelids (other camelids include: llamas, vicunas and gucinacos as well as camels). Originally from South America, the alpaca was domesticated by the Incas and played a large part in the Inca economy providing meat and fleece.
The first alpacas in the UK were seen in zoos rather than on farms. However, the alpaca has become increasingly popular in this country over the past 20 years or so with more alpaca breeders appearing each year. This said, numbers are still relatively low (approx 30,000) and the vast majority of breeders have emerged within the last 10 years.