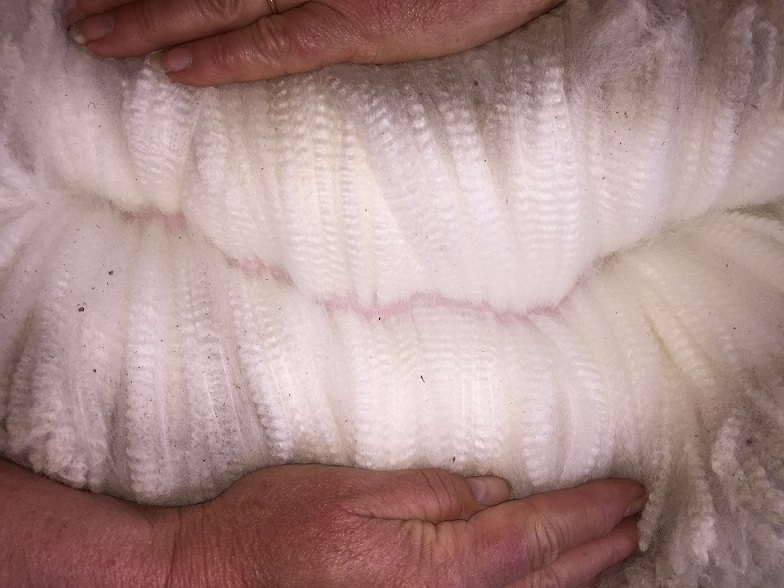 April seemed to disappear in a haze of one alpaca show after another…five out of six weekends (including the BAS National at the end of March) saw me either judging or exhibiting. It certainly allowed me to see a lot of alpacas (and you really can’t see too many in my case). The last of the shows was the Scottish Alpaca Championships, which is always very well organised and draws a large public and media attendance. We took a much smaller show team, but achieved roughly the same results, with those taken, as at the NWAG Alpaca Championships; By Design took the White Female Championship and Best of British again, but this time it was Vidal who was in close contention for the Supreme Championship, just missing out to the reigning BAS National Supreme; Houghton Hall Jubilation (owned by Fangdale Alpacas).

By Design and Vidal are top of the 2017 born ‘Absolutely never for Sale’ list (a bit like Kiss Me Quick from 2016 – but I admire the persistence of some :)). Therefore imagine my horror when I found By Design on her back wedged, trapped, in a small gap in front of the belter, not moving (to be fair I would have been horrified whoever). I really thought she was dead, had she been there all night? maybe she had just given up struggling?…Phew she was alive, an emergency call to Paul and we pulled her out, with a bit of effort (she is a big girl), and she was absolutely fine. Thank goodness Paul was around to help. 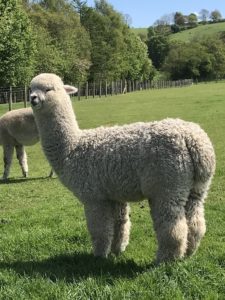 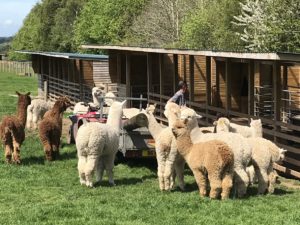 He had a lot of helpers, as can be seen in the photo (click to enlarge). I just love the nosiness of alpacas (or maybe inquisitiveness is a more polite way of putting it). Such great company to have around.

On the subject of … ‘Never to be Sold’ … my next two alpacas on that 2017 list were Beck Brow Rock Star (Reserve Champion Black Female at the BAS National 2018 and  Champion at the Scottish Championships) and Beck Brow Hey Baby (full brother to Supreme Champion Beck Brow Hey Now, and with a impeccable pedigree and beautiful phenotype). So what has happened… I have agreed a sale on both these females, whom I adore…I think sometimes it is about the right people, needing the right alpaca, that makes the decision for me (although I think I am driving Paul mad with my logic…sometimes mistaken for sentimentality…well if I didn’t make emotional decisions, I wouldn’t be so smitten with alpacas!) 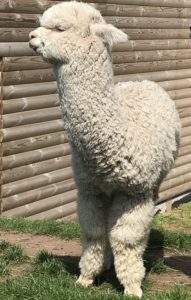 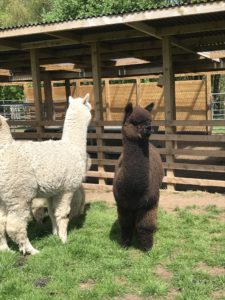 We have had a run of sales, with many of my favourites having left, or about to leave the farm: 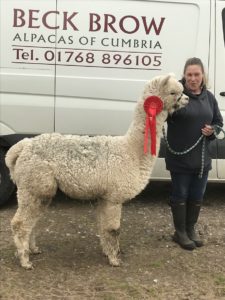 A rather large bagful of sashes will be travelling to Northern Ireland on Saturday, along with Beck Brow Bees Knees (sire: Timbertop Goldmine of Beck Brow) and Beck Brow Hey Now (sire: Beck Brow Explorer). We also congratulate Elaine and Roger of Amberly Alpacas for adding these multi-championship winning males to their herd. 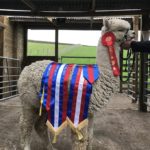 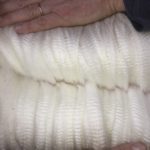 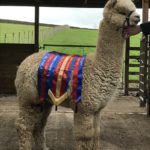 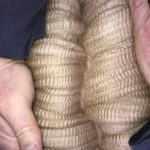 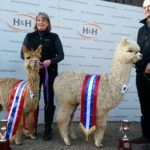 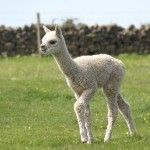 Another male with a large stash of broad ribbons is Beck Brow Back of the Net (sire; Timbertop Goldmine of Beck Brow). BotN is full brother to Beck Brow On The Money who has also excelled in the show ring and has been retained as a stud at Beck Brow. We wish Claudeen and Harvey of Blackberry Alpacas every success with this fabulous male. 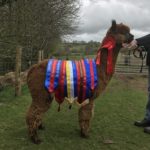 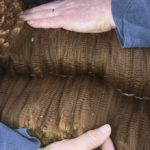 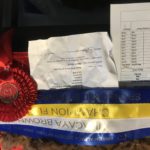 Also already moved to pastures new is Ep Cambridge Gunsmith. Gunsmith who has produced some lovely progeny for our selves and Velvet Hall Alpacas (his previous co-owners) including National Champion Velvet Hall Storm Surge, is enjoying his new home with Chris and Vicki at Spring Farm Alpacas. We are certain he will continue to produce beautiful progeny for them. We miss the grey in the paddock, but do have a daughter (Beck Brow Ying Yang) who looks very much like her father. 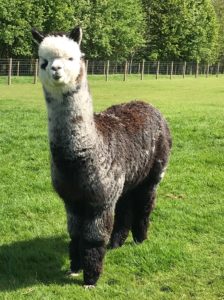 Also leaving us will be Beck Brow Bond 007 (sire: Timbertop Goldmine of Beck Brow). Bond has also had a very successful show career both in halter and fleece shows, including being awarded Judge’s Choice at the 2 fleece shows entered. He has retained excellent fleece qualities at four years of age. 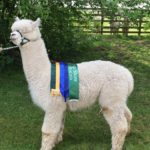 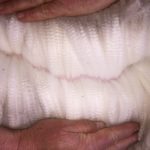 More on the next blog…

Birthing has commenced…at last…it took Furze Park Elvira 370 days to decide to unpack. Only Ep Cambridge Lady Gaga was on her expected due date (343 days). Everyone else has been around the year gestation period. We are putting this down to the dreadful January weather, when it would appear the alpacas put everything on hold to get through. Birth weights have been 6.5 – 8 kgs, so on the lighter side for us, considering the long gestation periods.

Lady Gaga’s boy must be the most mischievous cria we have ever had. It is obvious that Lady Gaga holds a position of superiority within the herd. This is no surprise considering her poise and beauty at ten years of age. She walks at all times, as if the paddock were a red carpet, she birthed with ease, looking much like the Duchess of Cambridge immediately afterwards. In fact if you were to ask Gaga, I am sure she discarded the title of Lady long ago. The Duchess of Beck Brow?  or Queen Gaga of the North? Which ever, she is held in high regard by the rest of the herd, and as a consequence her little prince gets away with murder. Any other cria would be spat at. I have seen adults get out of the dust bath to let him in. He may look angelic, but I think we may have fun ahead with this one. 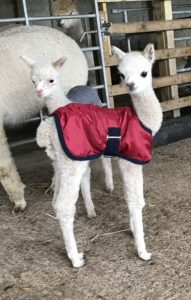 Lady Gaga’s son (sire: Gilt Edge Samurai of Beck Brow). He is light fawn in there

We have six cria now on the ground. Two of those belong to Alkati Alpaca. Aly and Katie came to us for their starter herd in the spring, purchasing three pregnant females and a two year old ready to be mated. All with great pedigrees, so having cria with show quality prospects was always a possibility, and they have had a wonderful start. Two females (black for April and dark brown for Pandora) both with lovely fleeces. Still waiting for Pheonix to see if they can make it a hat trick of females. Very exciting start, to what I am sure, will be a successful herd up in the Scottish Borders. 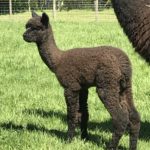 More photos on the next blog as I have gone on enough.

The sun has been shinning for days. The grass is growing. Paul has been doing lots of paddock sweeping. Life is good! We have had lots of visitors of late, looking at the stud males and/or potential purchases before shearing. It has been a lovely time, lots of eating out and the odd glass of wine, but shearing looms. Always good to see the fleeces off the alpacas, but a hard days work..or two coming soon!