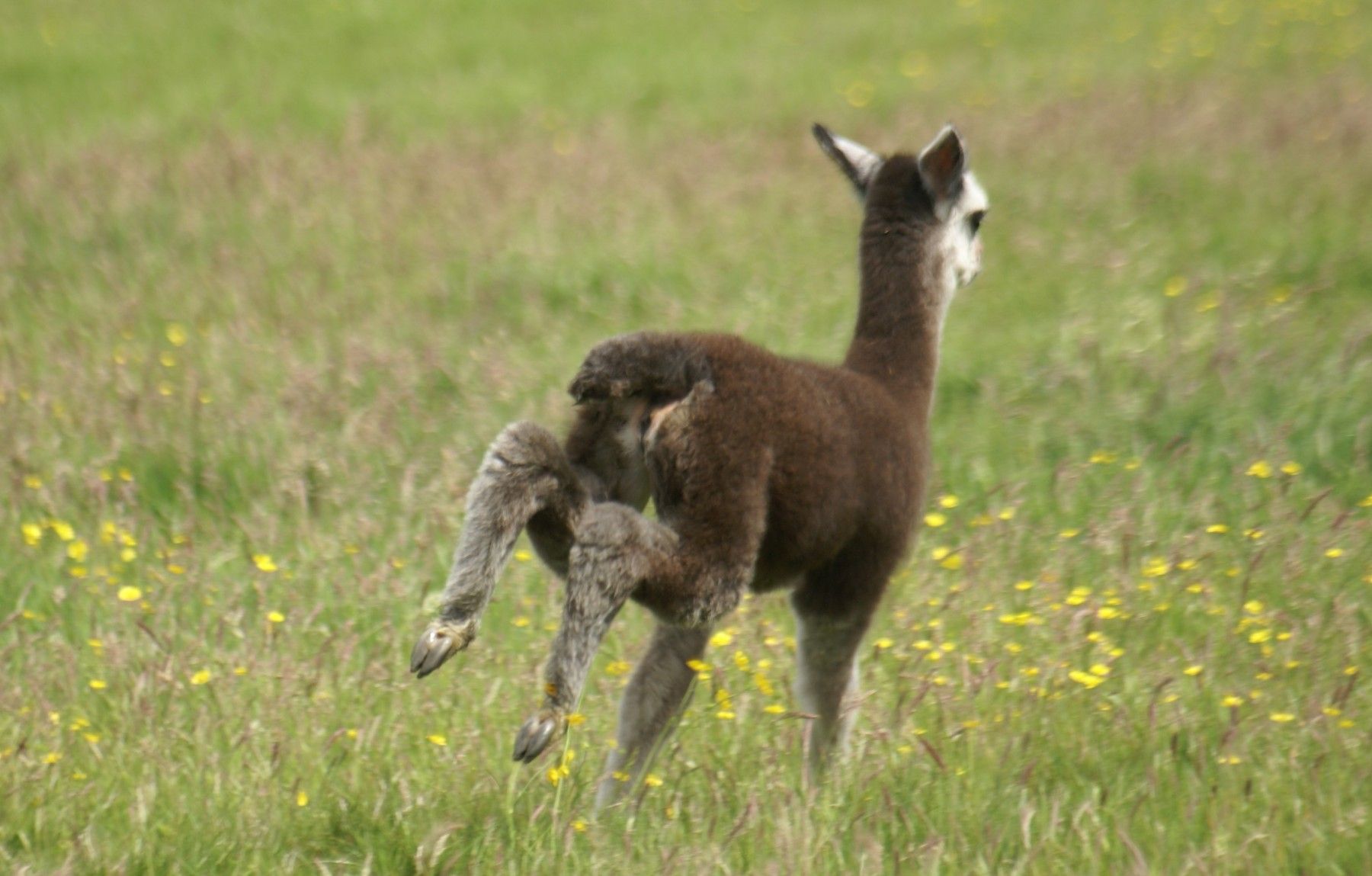 After what seems like weeks of sunshine (when was the last time the weather was better in the far north than in the south of England) we have had heavy rain for most of the day. Thus having had enough of being soaked, I thought I would manage a quick blog catch up.

I could keep it very short and just say births, matings, sleep…births, matings, sleep…but for those of you who prefer a bit more detail; We have had thirty one births so far, over eight weeks. Now it would be nice to think this was a short burst of activity and it was now all over…but no…we have over twenty females yet to unpack.

I say over twenty, being rather vague, as the goal posts keep changing slightly. Pebbles who we thought was pregnant, who is huge, and spitting off with intent…is obviously just very fat and has a retained CL. This is the second time for her (our vet tells me some females are prone). She has had 1ml of Estrumate and will be reintroduced to a male in 3-5 days.

It will be interesting to see if we have a flurry of activity in the birthing paddock next year – we have mated seventeen females from the farm (Beck Brow and agisted) over a three day period. All together we plan to mate seventy one females, so no chance of a quiet 2017!

We are fortunate to have a lot of males to choose from now, otherwise this would be quite a task with the outside stud work too. I said in my last blog that Gilt Edge Samurai (who isn’t two until mid August)appeared keen to work and he certainly is… 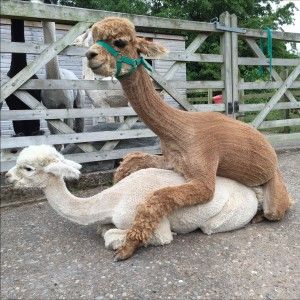 He has has just had a date with the beautiful Ep Cambridge lady Gaga (who completed her antibiotic therapy a couple of weeks ago – she had a uterine infection diagnosed by Claire Whitehead) so is certainly one lucky boy. He very nearly also had Beck Brow Cat’s Pyjamas (daughter of Gaga and St Patrick) on his list…but in the end we decided that we had to try for another Bees Knees (sire; Timbertop CT Goldmine of Beck Brow)

Kurrawa Legend’s Crusader of Beck Brow has also been busy. He has been romancing two of our championship winning Beck Brow Explorer daughters; Beck Brow Bottoms Up and Beck Brow Trendsetter. It was all rather busy when Crusader arrived and I hadn’t really had a good look at his fleece before shearing (other than at the airport after 2 days of travel in a crate). So I was pleased to see that his fleece didn’t disappoint when I checked his shorn fleece. It is similar in style to many of our Beck Brow Explorer progeny, organised into small staples and with very good brightness (and with a micron of 19.8 on his third fleece a very good level of fineness to go with that density) 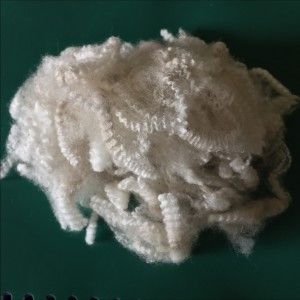 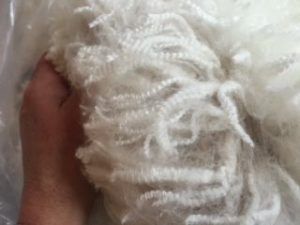 The fine weather has made birthing so much easier this year (when compared to last May which was wet). No cria coats to wash…no keeping newborn cria inside at night. That was until cria number thirty; Beck Brow Honey Bun decided to have her Goldmine son at 16.30 hours yesterday in the rain. I really do prefer to leave maidens to bond with their cria without too much interference (once cord sprayed and cria checked) but the rain wasn’t for relenting and the cria looked like it might need a little encouragement to get going. So into the barn it was. Honey was a fantastic maiden mum and was unfazed by being brought inside. As suspected the cria was somewhat hypothermic at 33.7 degrees. Warmed up using a hairdryer (keeping a hand between cria and heat to ensure it isnt too hot) we brought his temp up gradually and donned him in a couple of cria coats (checking his temp again and warming as necessary – a couple of times)

Once we had his temp up, we gave him 60mls of colostrum to give him some energy to get up (never feed a hypothermic cria colostrum) then another 60 mls an hour later. After that he was up and away drinking from his mum, who stood stock still to let him feed. This morning he had gained 100gs and was jogging around the paddock. 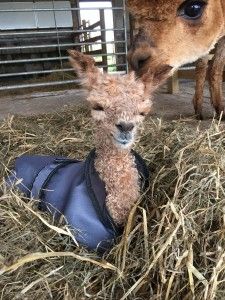 It is just as well that the weather was fine last Friday…I just couldn’t tear myself away from watching the news…I kept rushing to see to the alpacas and then back to catch an interview…I think Fine Romance must have been birthing whilst our Prime Minister was resigning as the cria was up and drinking when I went out afterwards. I am really not sure what to name him…

This morning we had another birth, this time in torrential rain (the agisted females haven’t read the manual)a whopping 9.9kg female who was soon up and drinking.

A couple of cria photos… 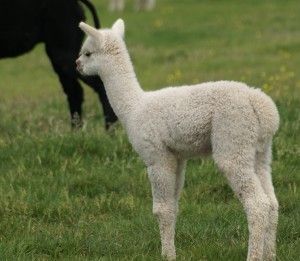 Beck Brow Read All About It 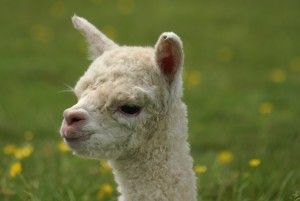 We are still waiting for our first Suri cria…come on Lignum Moloko. Hope you are cooking up a female…we need to even things up!

Categories: Blog
All about the boys….
Hey Now…News from Beck Brow