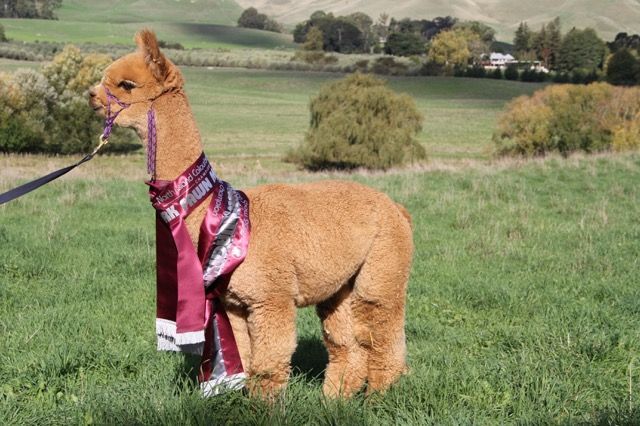 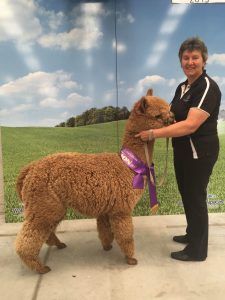 Whilst we away at Alpaca Showtime over the Halloween weekend, we had some exciting news from New Zealand: Our recently purchase fawn boy Gilt Edge Samurai (sire: Futura Humdinger) had had a successful outing to Waikato Show, where he was awarded Champion Intermediate Male making him the only coloured alpaca in the age championship line up…a very impressive feat. Judges Natasha Clarke (Aus) and Molly Gardner were glowing in their feedback, commenting very positively on his density, fineness, fleece length and brightness. Thank you to Sarah (in the photo) and Peter from Gilt Edge.