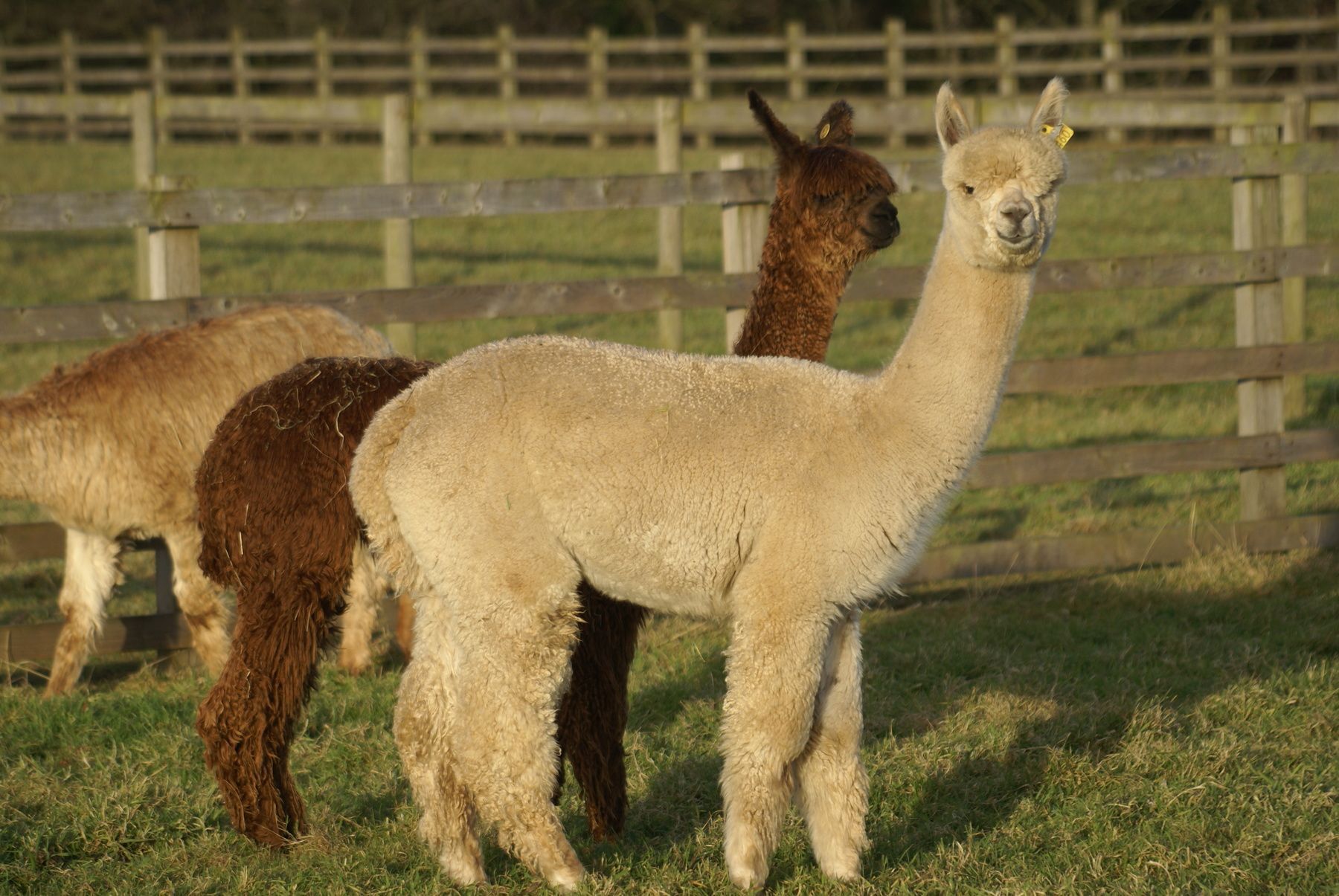 In my last blog I mentioned that Beck Brow Indie Pop (a 5 month old cria) had been unwell, but appeared to be on the mend, and this continued to be the case for the next couple of days. However on Thursday morning (she had been seen by the vet the previous Saturday) something made me go out to the barn at 6am to check on her, and my instincts were unfortunately correct. I found her trying to stand but failing and falling over. I frantically left a message for the on-call vet asking for a visit, with the likelihood of needing intravenous fluids and antibiotics. At this point she was deteriorating quickly and could barely lift her head. We were thinking that it was going to be too late by the time the vet arrived, and we nearly called to say so.

Thankfully he arrived quickly and we were fortunate that one of the most experienced vets in the practice happened to be on call. A thorough examination of Indie revealed abdominal guarding, suggestive of peritonitis or renal infection (the previous diagnosis of a chest infection was probably a red herring but the antibiotic cover was correct). Examination of the eyes and mouth did not indicate that she was dehydrated (this had been my thoughts). However it was agreed, as she was showing signs of sepsis, some intravenous fluids could be beneficial in flushing out some toxins.

The insertion of the cannula proved extremely difficult, and proved that that Indie was in fact extremely hypovolaemic (dehydrated) and that her blood pressure was in her boots (no wonder she was falling about). A bolus of normal saline was given relatively quickly and the rest of the litre over four hours. She was then given maintenance fluids of Hartmans over 12 hours. I stayed with her constantly monitoring her breathing as this is a lot of fluid, but she was critically ill and needed to be reperfused. She was also given intravenous(I.V) Marbocyl and Buscopan (any further Finadyne was withheld due to possible gastric ulceration). Five hours later, as I was losing all hope, she tried to stand…a very wobbly attempt…but with help she managed, and stood to pass urine. Her dam is called Hallelujah, and must have been wondering why I was calling her name.

Thankfully Ben (son) was home and able to look after the rest of the herd, as Indie needed constant monitoring and protection of her I.V line. We continued the Buscopan I.V every six hours and she was commenced on oral Ranitidine BD for 10 days (having read more since, there does seem to be some doubt as to whether oral Ranitidine is effective for alpacas). The cannula survived until Saturday evening. It is now over a week since the emergency call and she has continued to improve daily. She is still a bit vague at times and walks into other alpacas in the barn, but is eating and drinking, out with the rest of the herd, and regaining her weight loss (2kgs lost).

An important lesson learnt here, and something I have suspected before, checking membranes as an indicator of hydration status is not necessarily a good indicator in alpacas. My critical care knowledge told me she had to be, and she was. As we know alpacas hide illness until late stages. Such a relief to still have Indie Pop. 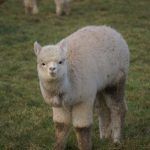 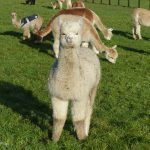 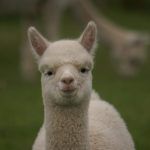 Along with many alpaca breeders up and down the country, I was sat at my PC at 8.59 hours yesterday morning, waiting for the British alpaca Society National Show entries to open. Paul and I had spend quite a bit of time in our trailers the day before, trying to work out how many alpacas of different ages we could transport. Whilst it is only a number that is required at this stage, we do need to have some idea of entries as an adult (Eddie is a big boy if he is chosen to go) takes up much more room than a junior. In the end we settled on nineteen as a maximum number and entered one progeny entry (either Goldmine or Explorer). Maximum entries (561) were reached by close of day. It’s fantastic to see the show goes from strength to strength. I can relax now until I have to select the actual show team at the end of January.

Possibles for the team are Beck Brow Bees Knees and Beck Brow Kiss Me Quick (both sired by Goldmine) whose dams are full sisters: 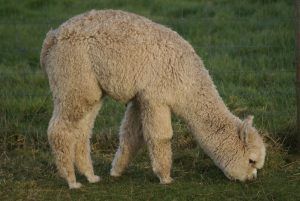 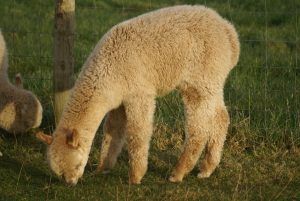 We have some chunky boys this year> 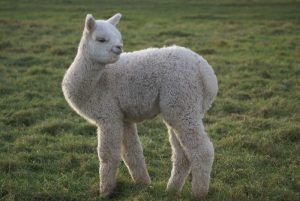 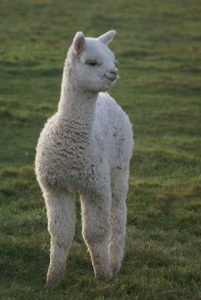 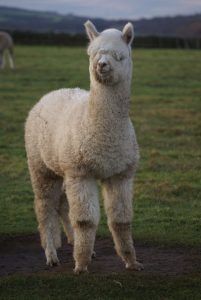 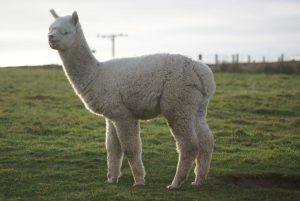 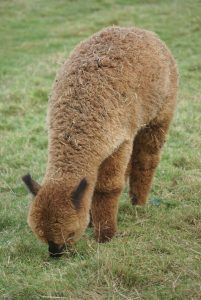 Beck Brow Back Of The Net (sire: Goldmine of Beck Brow) is full brother to Beck Brow ON The Money. 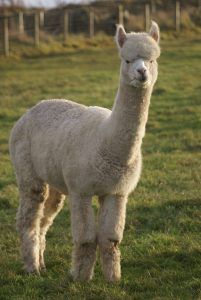 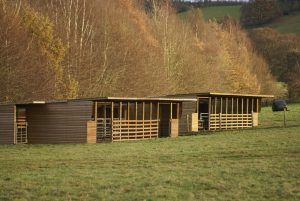 The young females are the new residents, Such a pretty group. Amonst them are: 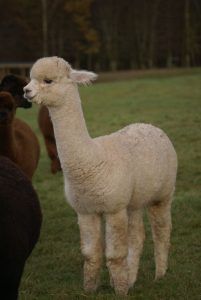 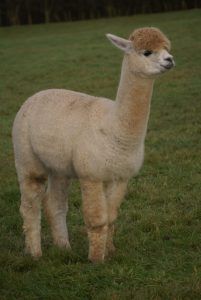 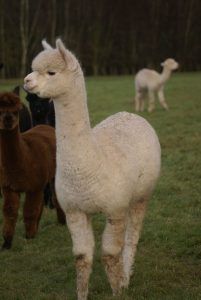 I received a message from a happy client yesterday. Early this year we were contacted by a chicken farmer who was losing chickens on a daily basis to at least one fox. We supplied two non-breeding females (based on their reduced milk supply) and are pleased to hear that they have had no further losses and would like some more guards. 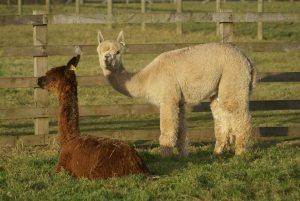