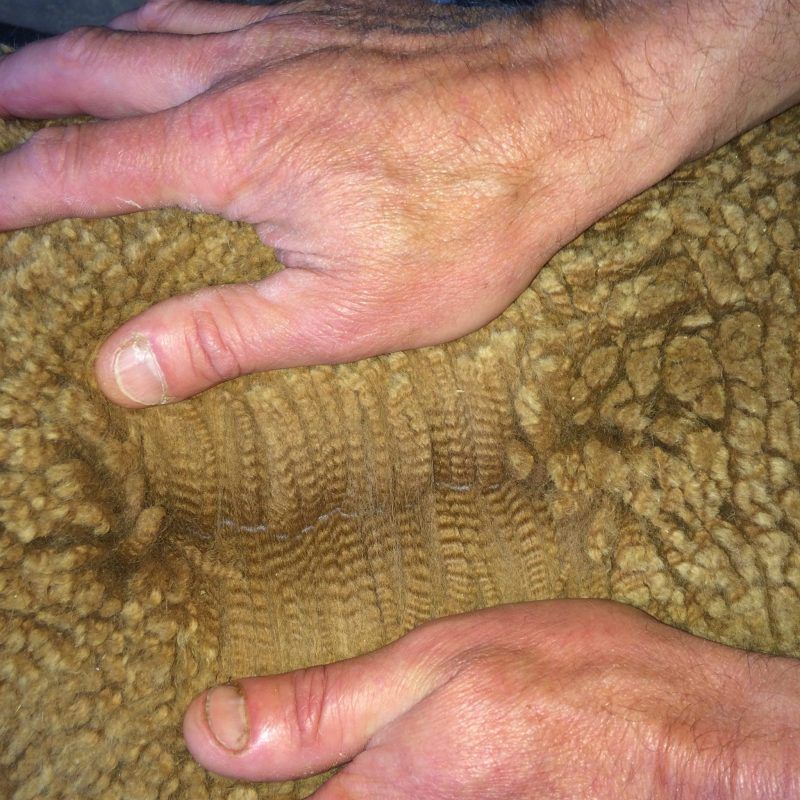 It was an early start for us on Saturday (3:45 am to be precise) as we were heading off to the Yorkshire Alpaca Group (YAG) show in Harrogate. This was to be the first show at their new venue as part of Countryside Live, excited to be part of the event, we arrived bright and early to witness all of the hard work that had obviously taken place to have the show tent relatively mud free despite the weather.

We took a team of eight from Beck Brow (including Kingwell Bolero, who is sired by Black Sabbath and agisted with us). We had a great start with the first five in the ring  getting five colour championships: 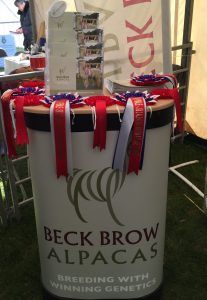 Beck Brow On The Money – Brown male Champion (his fourth in a row). This was probably OTM’s toughest competition to date, beating the Brown National Show Champion 2016

With five in the Supreme line up we needed plenty of handlers… up until this point Paul nor I had been in the ring, thanks to help from Jean and Andy… 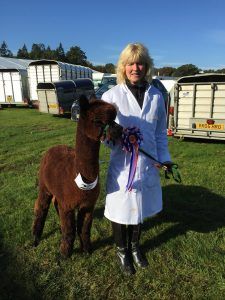 Jean with Beck Brow On The Money 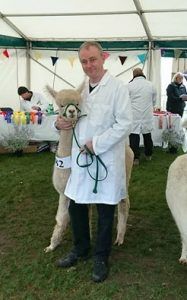 It’s always a little tense standing in the line up…the tent charged with anticipation…I had opted to take in Samurai, who we have never shown before, but we had everything crossed that he would do well, not only for us but also our friends at Gilt Edge Alpacas. Of course our favourite fawn boy didn’t let us down and was awarded the top prize. Photo at the top of the page is a fleece shot (his third) taken earlier this week. Mary-Jo Smith the BAS judge at the show, remarked upon his incredible density and uniformity of micron across the fleece, as well as his sound confirmation. 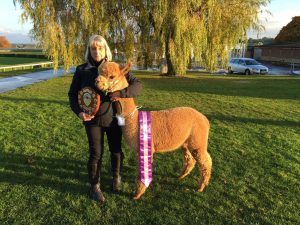 And the icing on the cake was Beck Brow Bedazzle taking Best of British. 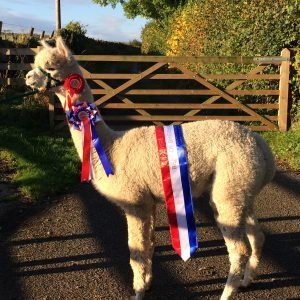 A big thank you to the organisers of the show and all those who worked so hard on the day. Everyone appeared to have a great day….we certainly enjoyed the new venue.