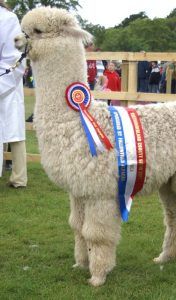 Beck Brow Explorer (sire Ep Cambridge Navigator) born in 2010. He was our 6th cria to be born on-farm and has been the foundation of the success of Beck Brow Alpacas. Here he is pictured as Supreme Champion 2011 at Westmorland Show. 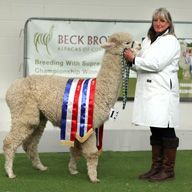 Beck Brow First Edition is the firstborn progeny of Explorer, born 2013. A multi-supreme champion winning male now standing at stud at Beck Brow with his sire. 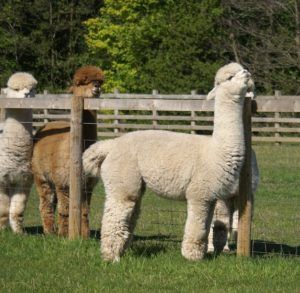 Ep Cambridge Lady Gaga was purchased in 2010 at the British Futurity Elite Auction. A beautiful female who has been very influential in the success of our coloured breeding programme. 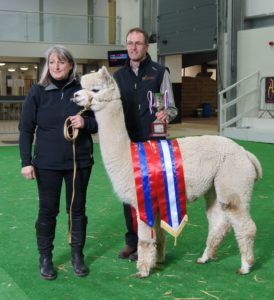 Her pairing with Waradene St Patrick of EPC (whom we also purchased in 2010) produced two daughters who have consistently produced champions. Those females are Beck Brow Snooty Boots and Beck Brow Cats Pyjamas. 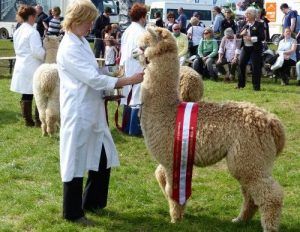