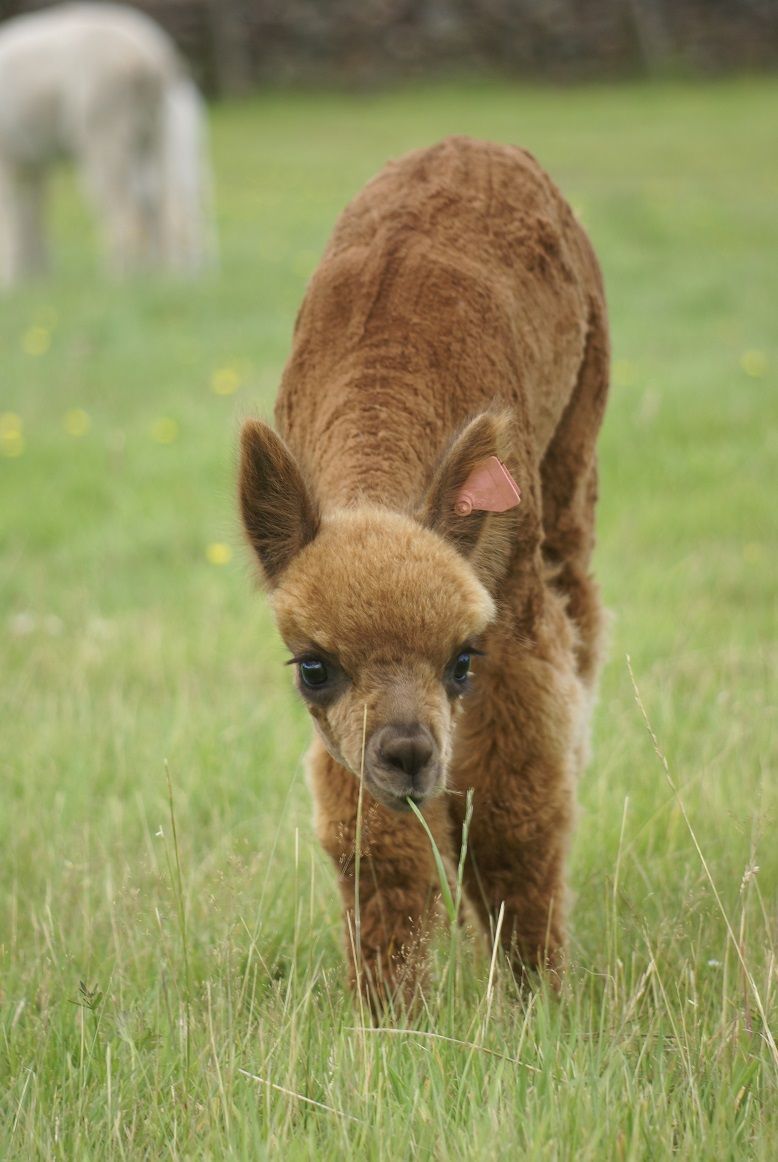 We live ‘up north’… not just up north but in the north west…it rains…alot!

We have some beautiful cria fleeces this year…what are we doing shearing off the best fleece they will ever have?

For the shows late in the season, our cria fleece are usually passed their best.

After some deliberation we did go ahead and cria sheared, and it has to be said we had no problems…other than where to store the dozen unopened cria coats we had bought, just in case. And it also has to be said that they looked extremely cute. However we did wonder if it was a disadvantage in the ring, after all we had shorn off 3 months of the finest fleece, leaving the judge to estimate how much that would have been (and we have generally very good fleece length). Hence we didn’t cria shear last year. Upon reflection, I have no idea why I made that decision. So many of our ultra fine cria fleeces are so full of vegetable matter (this gets into non-cria sheared tips) that it will take hours of picking to make them show worthy, or indeed ready for sale. So it was, Ben our shearer paid us a visit last Thursday.

Things didn’t go quite so straightforwardly as last time on the rejection front. We were careful to reunite dams and cria immediately after shearing, and to keep them in until the dams had recognised the smell of their cria post shearing. Dixie was the first to get confused. We decided to let her out to see what happened, but she ran frantically around the paddock searching for her cria, with Dakota running behind shouting “here I am”.  We placed them in a small pen made from hurdles and I rubbed some of Dixie’s milk on the cria’s head and under the tail (a tip I remembered from Kim and her sheep) and they were quickly reunited.

Adelle was a little more difficult to fathom as she recognised her cria (she followed us into the barn when we carried him in) but she kicked him off when he tried to drink. Adelle’s cria is my favourite of the year…Beck Brow The Enforcer…he was only 2 weeks old (but a good weight hence making the grade)…I admit to a slight panic. It took 2 occasions whereby Craig and I restrained her (actually taking her back legs off the ground so he could drink) and left in a small pen for a few hours, before she let him feed. Not sure what that was about.

Below are most of those who were cria sheared (very few of the agisted cria were shorn, nor any very young or small) 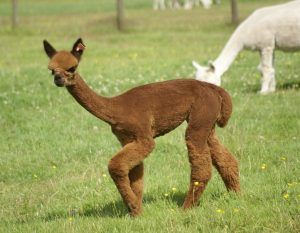 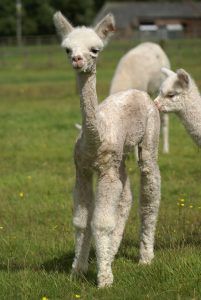 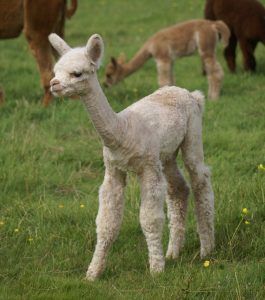 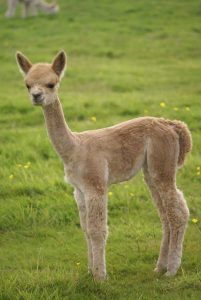 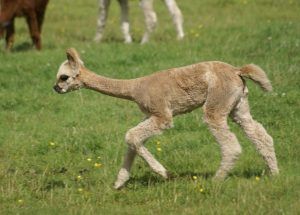 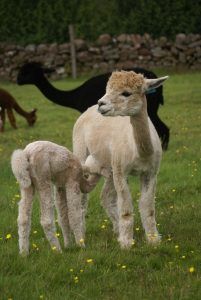 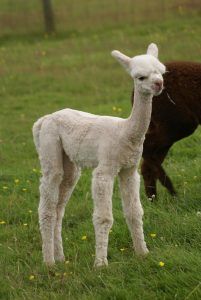 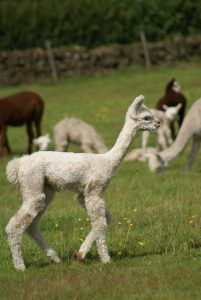 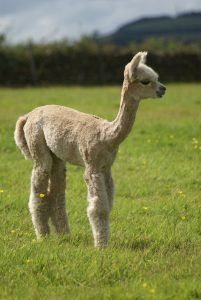 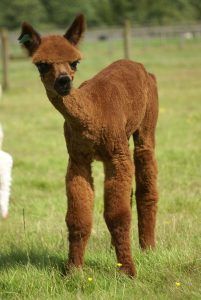 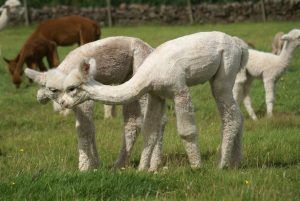 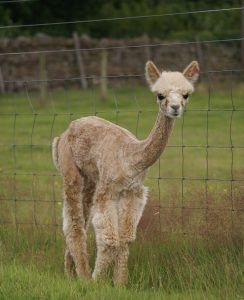 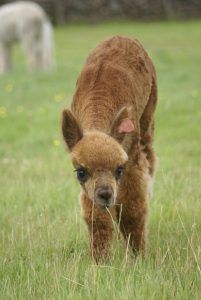 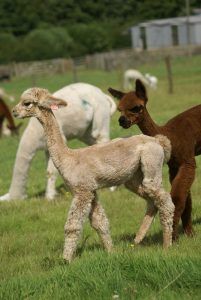 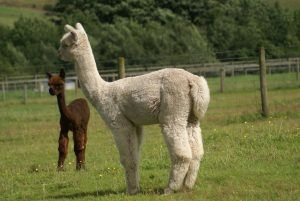 In Amongst the shearing we had a vet visit. Whilst Bottom’s Up external scar from her C-Section healed well, we noticed a bulge at the bottom of the wound. A portable scan revealed what we had feared; a hernia where the internal stiches had ruptured. It was felt that as the hole was quite large it didn’t pose an immediate risk (i.e unlikely to close over trapping bowel)and  it would be best to operate once Cheers was weaned (unless there was an deterioration in the meantime) 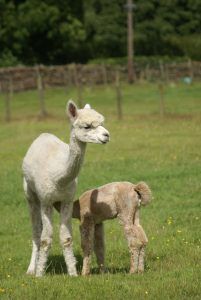 The day didn’t get any less hectic, when Crusader and Samurai (who are normally the best of friends) decided to get into a fight. I think it would be fair to say Samurai was merely defending himself, for Samauri definitely came off the worst, with a ripped ear. Unfortunately once males start fighting it starts all the other studs off in competition. They are obviously just trying to be top dog during the mating season (with 150 females covered so far…there are a lot of matings going on). Black Sabbath started fighting over the fence with Gunsmith, and now most of the males are separated until the end of the season. This has meant that every spare piece of land has a stud male in. Had we time to sit in the garden, we would have Gunsmith in the orchard at one side and Black Sabbath in the orchard the other side, giving each other daggers across the lawn. 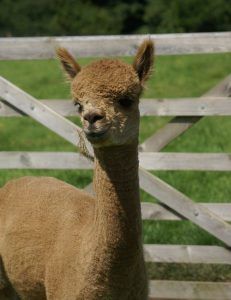 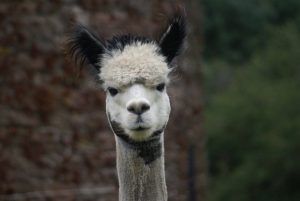 This may come as a surprise…but I have let Paul make a decision…one against my better judgement…in fact I have been over ruled. I spend hours and hours. Might that even be weeks and weeks. Or even months and months. Anyway, I spent a great deal of time…making our breeding decisions. Sometimes these get changed. Maybe the cria wasn’t as good as anticipated, or the cria is so special that the mating needs to be repeated. So when I decided that Beck Brow First Edition would be a very good match for Easter-Wood Adelle, I was basing this on her having produced a championship winning male (Beck Brow Bond 007) and that she would be a good female to prove First Edition. That was before I had seen…The Enforcer, her cria from Crusader…I believe him to be one of the best cria we have bred at this stage…I want to repeat the mating. However, Paul has paid a visit to our friends at Acton Hill Alpacas, he has seen their First Edition daughter…he is blown away…he has insisted I stick to my original plans. Not satisfied with one decision, he also decided that Magic Charm (fawn) should have a date with Explorer…lets see if they take first time…as he may not be here for the remate (I wanted MC to have the date with First Edition and Adelle with Crusader).  Actually I am just pleased that First Edition (Eddie) has sired such a lovely cria. Our first is due now, in fact I wouldn’t be surprised if we get a delivery later today or tomorrow…come on Sugar Babe…we are excited!

Categories: Blog
Beck Brow Sox and Roxs
Reflecting on the Summer and 2017 Cria