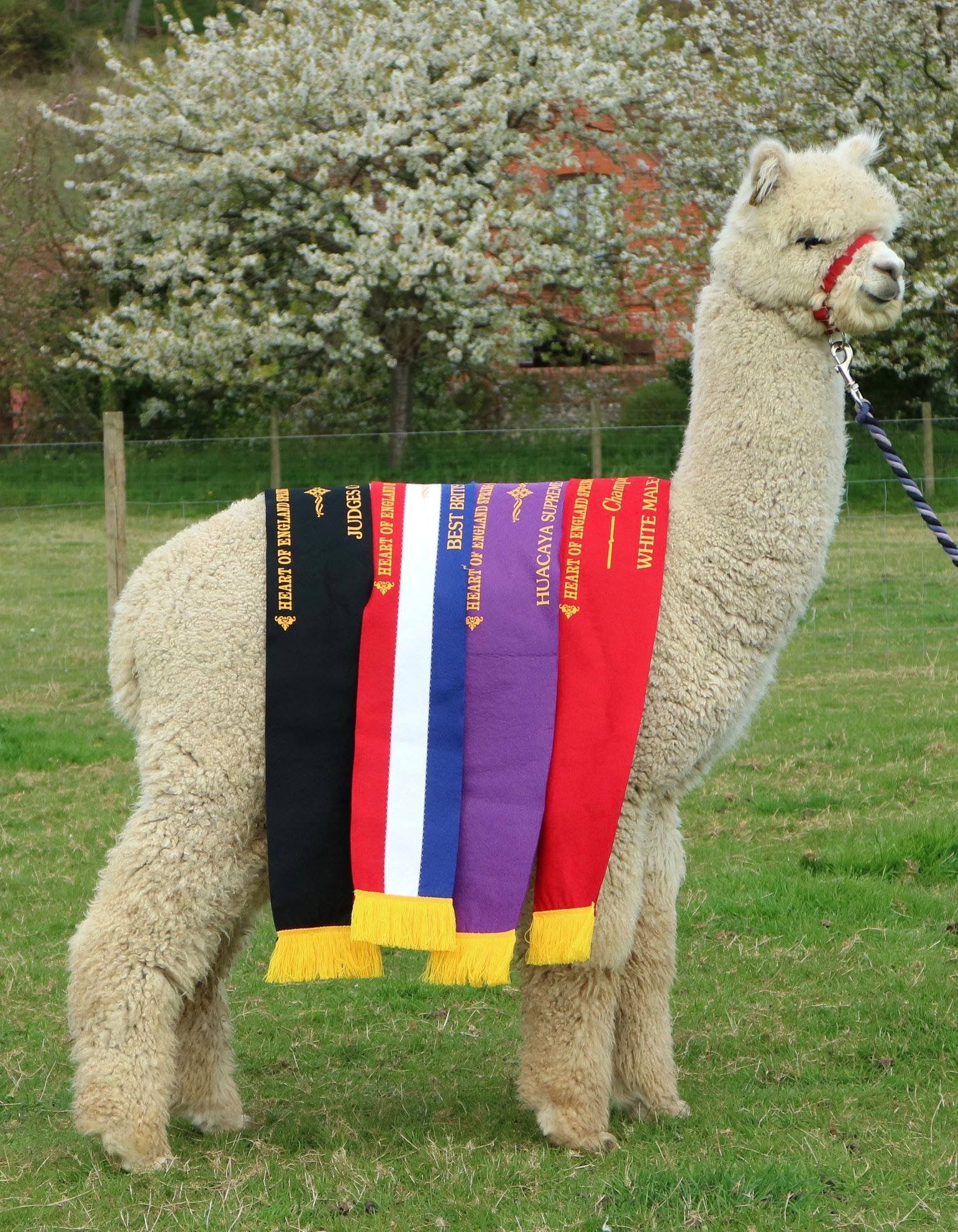 Here at Beck Brow Alpacas we are trilled to announce that we have secured a half share in the very impressive Bozedown Blaze of Glory (sire: Bozedown Ascendant). We have admired this stunning (an over used adjective but in this case justified) male since seeing him take first place as a junior at the BAS National Show 2017. And he certainly lived up to his name on his revisit to the show in 2018. Blazing through the ranks to be awarded the clear winner of the Huacaya White Male Championship, and it was down to the wire (much deliberation from the judges) between him and the eventual Supreme Champion (so we make that a close second out of 600 entries).

Of course Blaze of Glory hadn’t been in hiding between the two National Shows. Far from it: 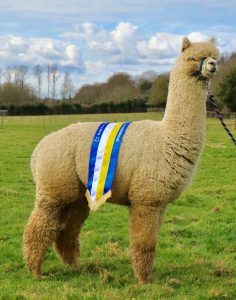 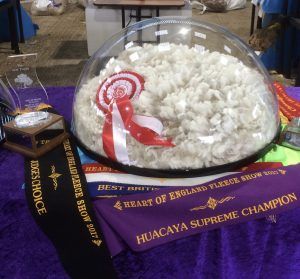 It was an easy decision for us to make the purchase (emotionally easy – not so easy on the bank balance!). We have been looking for the perfect match (okay that’s a big ask) to cover our Beck Brow Explorer daughters. A male who we feel gives us the possibility of keeping these championship winning females, producing further champions in to the future. It will be a long time before we can prove our predictions of crossing these two males (who are at the very top of their game) to be correct;  but as Blaze of Glory was awarded Reserve Champion White Fleece (just missed out to the Supreme on weight) with Beck Brow Bedazzle (sire: Beck Brow Explorer) a close second to him in his class, it’s certainly looks like it has got excellent prospects.

Bozedown Blaze of Glory is sired by Bozedown Ascendant (sire: Jolimont Rodrigo 2 of Bozedown) who took the Light Sire’s Progeny Championship in 2017 and again in 2018 (Beck Brow Explorer was the Champion in 2016 – the only time entered). Below is a photo of the junior team champions with Blaze of Glory centre. 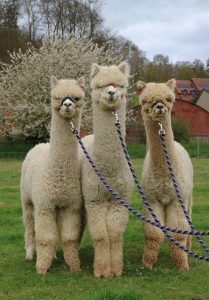 We are very grateful to Bozedown Alpacas for releasing a half share in Blaze of Glory, and are very excited to see his future progeny…roll on 2019!!

Categories: News
Our Shopping Trip to Australia and New Zealand
A New Home for Timbertop Goldmine of Beck Brow