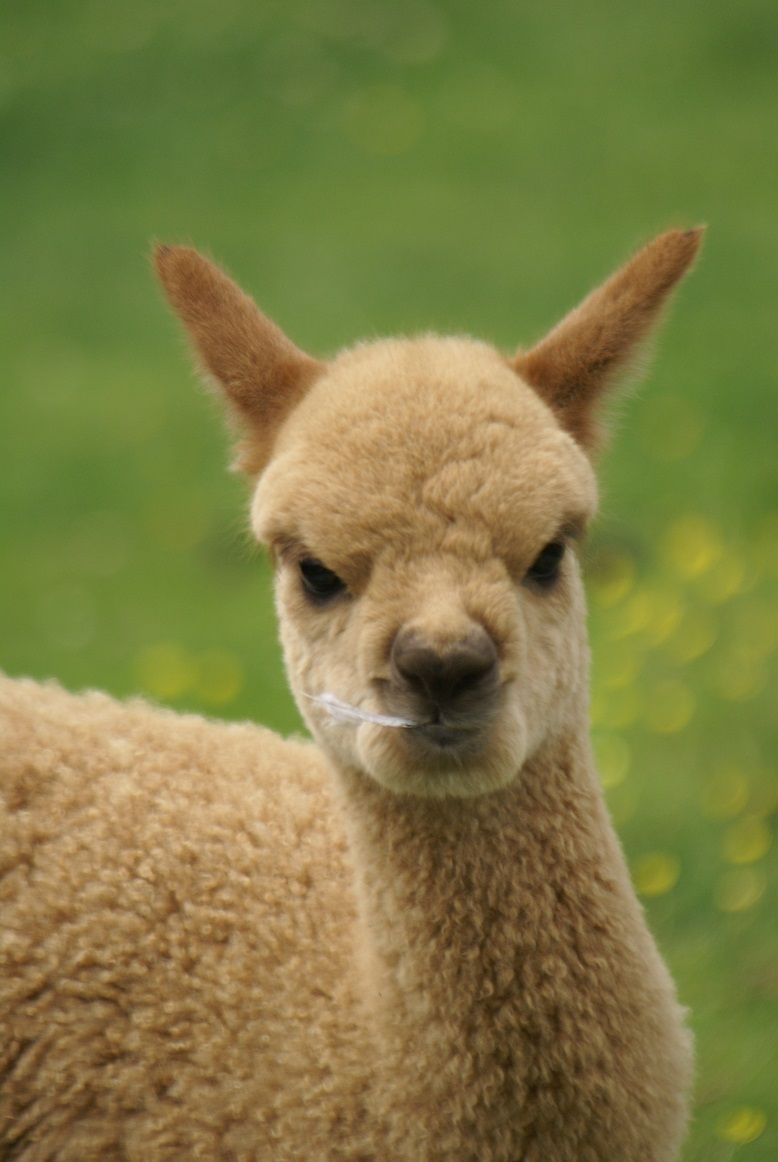 Well, with 40 cria births due in May, the weather could not have been kinder. It has felt like we are in the South of France, sipping our evening glass of wine and watching the newborn cria frolic in the warmth of the evening sun. June has brought some much-needed rain, but mainly during the night. Perfect. Luckily, with 45 cria born within 6 weeks, the need for cria coats has been minimal. Newborns get a waterproof jacket for their first night if rain is forecast, then after that they are as nature intended. Although they do tend to all come into the barn if it is wet.

We have always been ahead on males born this year, just as the females got within reach, we had a run of males again. We have 24 males and 21 females. Of those 21 males and 17 females belong to us (although two females have been sold with female cria at foot so make that 15). We do still have 10 of ours still to birth so plenty of time to even it up. 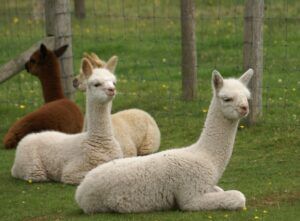 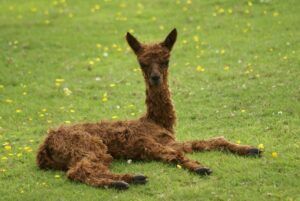 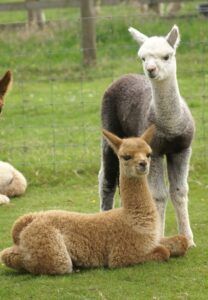 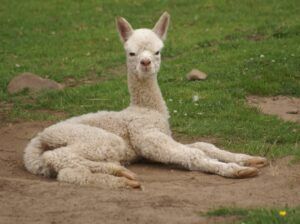 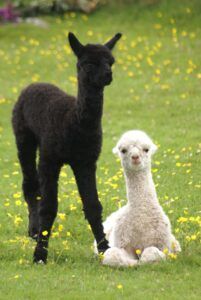 We have had  a real assortment of cria born on farm this year. The Suris have surprised us with an Appaloosa boy and a black female. Lots of colour in the Huacaya with many of the predicted whites being born beige or light fawn. We also had a run of black boys and one grey. Whilst we do have the occasional black cria, this was rather unusual for us. However, with the sale of Viracocha Black Sabbath and 5 black females we will be seeing less black next year. 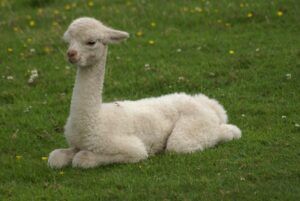 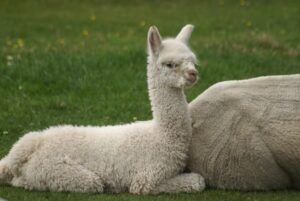 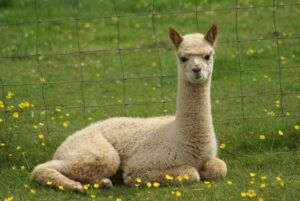 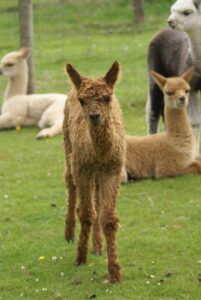 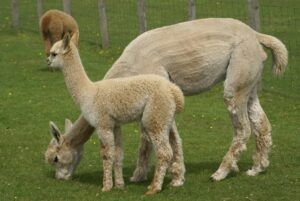 Bozedown Delphi x Beck Brow On The Money. A daughter 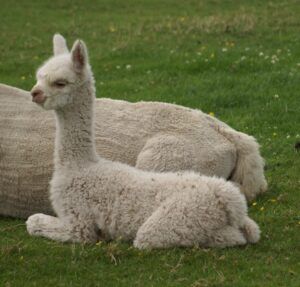 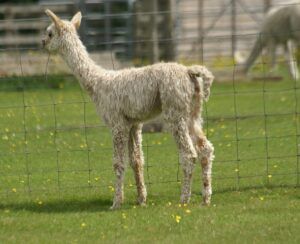 Our careful planning to ensure that an experienced dam birthed first in the season didn’t come to fruition. Adelle (the experienced dam) went 377-days gestation and Ditto (the maiden) 330-days, so was first to birth. In fact, Adelle was the 28th to birth and everyone managed fine without her. That’s alpacas for you. We have had a couple of dummy cria born this year. For those unfamiliar with the term, they are usually strong but not switched on mentally, and often fail to latch on to the teat looking everywhere bar the right place. Regular vitamin B1 injections usually sorts them out, but the length of time can vary. Ditto’s cria was given bovine colostrum and was found drinking from his dam early the next morning. However, Serenity (who had her cria at 21:45 hours) had a tougher time with hers. We again got bovine colostrum into him and then held under to drink for 5 days until his lights came on. The longest we have helped a dummy cria before seeing them go solo. Thinking about the dummies we have had over the years, I have noticed a common factor, they have all been born with their dam lying down. I think that drop to the floor literally knocks some sense into them! 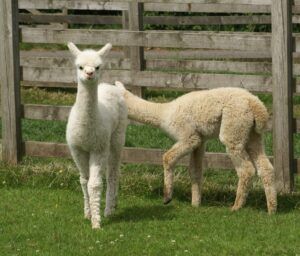 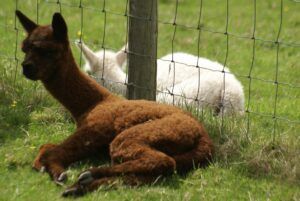 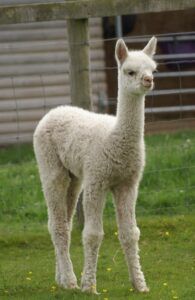 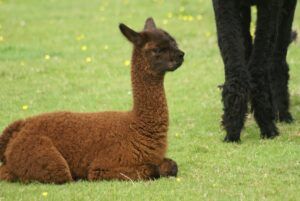 Beck Brow Sunday Best x Gilt Edge Samurai. A daughter who will be leaving us for a new home. 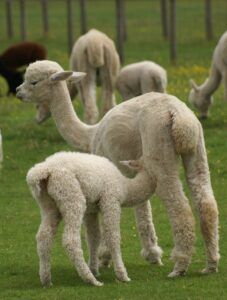 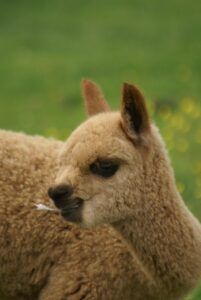 Beck Brow Flirtation who had the vaginal prolapse birthed without a problem. Giving us a beautiful light fawn daughter (the photo doesn’t do her justice). One of the strangest things we have seen this year is the sharing of nursing duties. In the past we have had the occasional dam who would nurse another cria, but this year it is a free for all. Cria are just nursing from the nearest dam. At least 50% of the dams are allowing this to happen. Yesterday I walked past one dam feeding three on to the next one feeding two. I cannot see any pattern to it, they just go to any willing mobile milk station. They do seem an extremely happy and chilled out group of mums and babes. 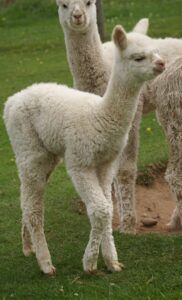 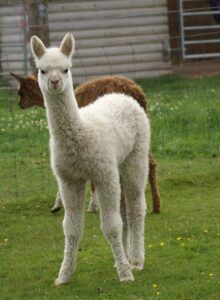 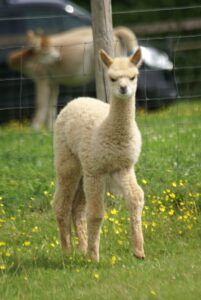 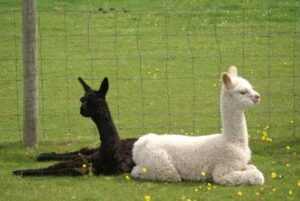 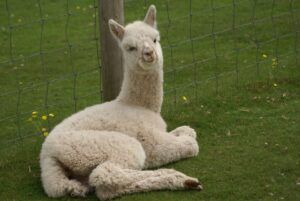 The image of Bozedown Blaze of Glory 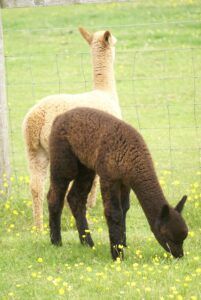 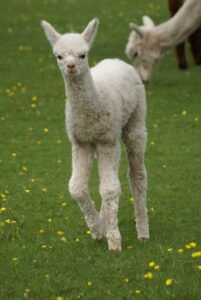 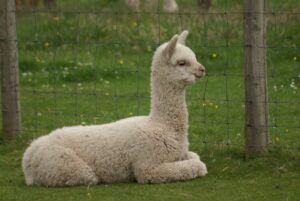 This is really little more than a photo blog as all we have done is midwifery duties and matings. The births came fast and furious with 4 per day on a number of occasions. We have mated 30 maiden or open females and are now remating those who have given birth. Including some belonging to others, we have 90 on-farm to mate. We have also taken some bookings for drive-by services but have had to limit those to give the boys some time off. We are extremely pleased with our cria so far this year so many of the matings have been repeated, but as always we like to make every mating count!