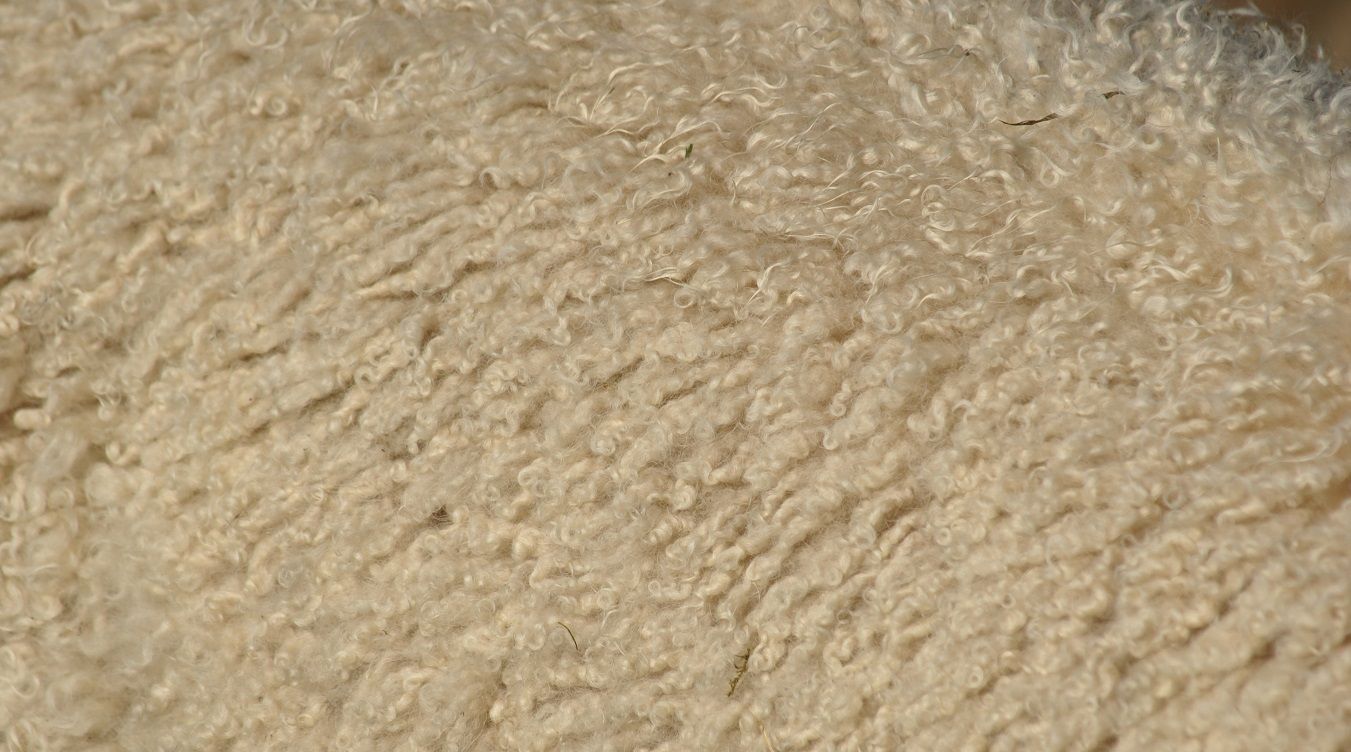 I had rather a stressful day yesterday. No lets start again…yesterday was the most stressful day I have had for a very long time…so much so, when Paul arrived home, he took one look at me and gave me hug without saying anything. He obviously thought that we had had a death…not too far wrong. My pride had certainly suffered a near fatal blow…why did I think I was going to master reversing the trailer with a two hour lesson…the aim to impress Paul with my new found skills. How can it be so difficult!!!!!

Fortunately we received some very good news from New Zealand; Gilt Edge Samurai ET, our new fawn male, has passed screening and will be joining Kurrawa Legend’s Crusader on the journey over to the UK in May.

Samurai is sired by highly decorated fawn male Futura Humdinger. Humdinger has gone on to sire numerous colour and supreme champions for Gilt Edge Alpacas over in New Zealand. We were already familiar and impressed with his dam Timbertop Rhythm (sire: Patagonia Celtic Triumph) who is also the dam of Empire Ruby Wine. a multi championship winning brown female who was purchased by Waters Edge Alpacas, and has been used within their embryo transfer programme. Samurai fits well with our breeding goals with his very sound confirmation and low standard deviation. Second fleece stats: SD: 17, SD 3.4, CV 20 CF: 100% (AAFT) 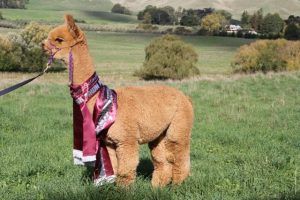 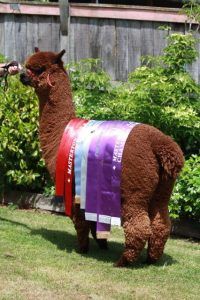 Last weekend I went to the British Camelid Veterinary Society conference breeders day. As this yet again entailed a five hour (minimum) journey, it was decided to make a detour and visit an alpaca farm on route. Donna from Honeyfield Alpacas is a fellow alpaca nerd who loves studying genetics and breeding outcomes, but as she doesn’t do the halter shows I hadn’t met her herd. We weren’t to be disappointed; what a joy to see such perfectly conformed alpacas, carrying an abundance and high quality bright white fleece. They really are what breeding should be about and are a credit to her breeding decisions.

The conference was well attended and was informative. It is always good to keep up to date with welfare issues and hear the views of others. Luckily for us up north, next year the event is to be held in Liverpool.

Paul stayed home to work on his belter of a field shelter (don’t feel sorry for him, that was his choice!) It is an enormous 12,000 m2 and is taking rather longer than anticipated. 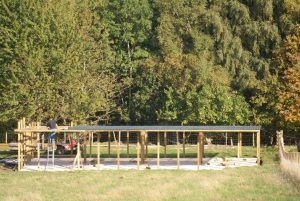 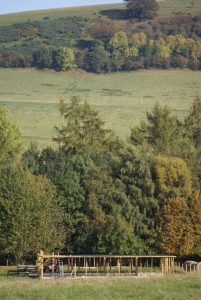 The girls love the paddock where the new shelter is being built. I think it must be the view!

Whilst I was up the paddock with the camera I took a photo of the view back to the house. I just love the autumn colours around the farm, and the all the berries and fruit growing in the wood. 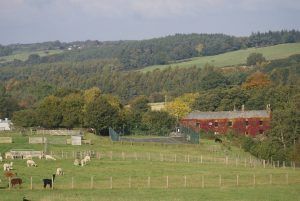 View back to the house from the ‘new shelter field’ 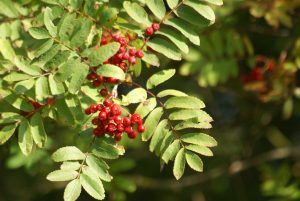 Rowan in the wood 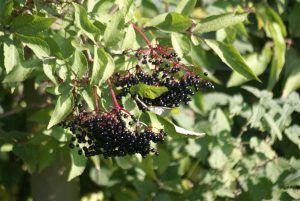 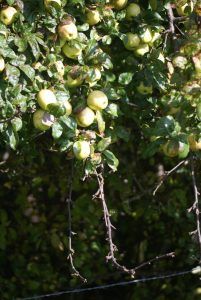 Apples – why are there none on the low branches I wonder? (dont worry the alpacas cannot reach the barbed wire)

Back to alpacas; What to do about Silverstream Galaxy? Galaxy produces the most beautiful cria, who have the sweetest personalities. She is the dam of Fine Romance (Roma aka Airhead) who is the dam of Foxy Sox, Asterisk, and Chocks Away (all so sweet). She is also the dam of the gorgeous Crafter, and also has a daughter (Applause) at foot, who is a beauty. Where’s the problem you ask…Galaxy has twice aborted after we have weaned her cria from her. It cant be just a coincidence. We know she adores her cria and gets stressed when they are away from her. I think we are going to have to leave her cria with her until she is near due (she wont stop feeding her I am pretty sure of that – so the risk is we misjudge it and she takes some colostrum). The other issue is Applause is already 42kgs at five months old. 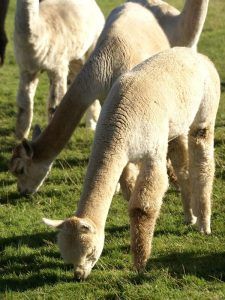 Taking of lovely mothers, Bozedown Celestrial is yet again feeding two cria. Last year she topped up Lucie’s cria and she is doing the same again this year. 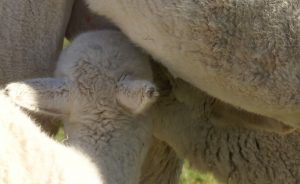 Two little heads under there! 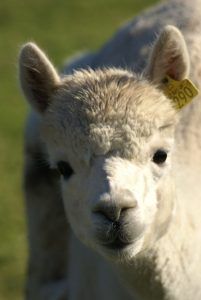 Last but not least, just because we are on the topic of beauty: E P Cambridge Lady Gaga with Beck Brow Byker (sire: Goldmine) 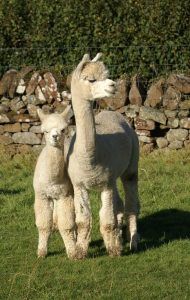 Okay just one more; I just love this cria fleece (you can guess how lovely it is on the inside) Beck Brow Glitterati (sire; Beck Brow Explorer) 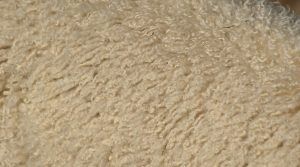