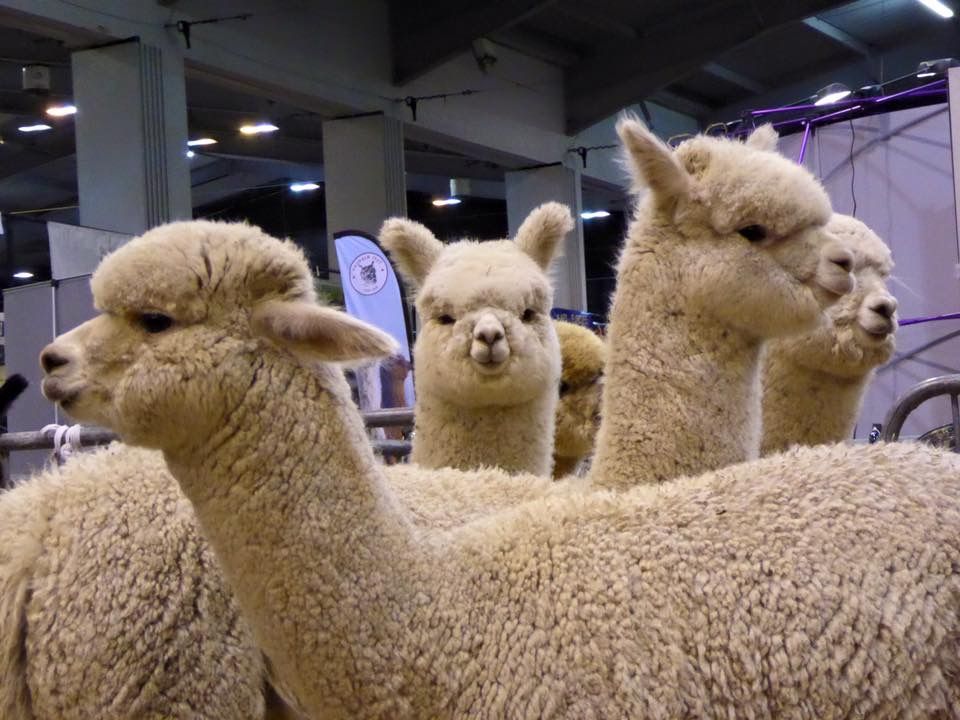 It has been non-stop alpaca for the past two weeks – there was a risk that I might have had alpaca overload – but I am glad to say that I still haven’t reached alpaca saturation point…not even close!

The last weekend in February saw me down at C-S Alpacas in Bucks for the BAS National Fleece Show, where I was fortunate enough to be apprentice judge to Tim Hey. The show was brilliantly organised, and hosted, by Julia 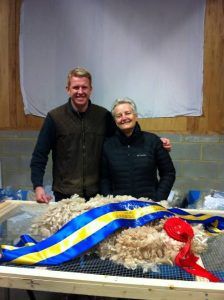 I returned with a serious bout of the lergy, so much so I was doubtful if I would make the BAS National Halter Show. However, I dragged myself there, coughing and spluttering. If there was any doubt that I was ill, my early exit from the Gala Dinner confirmed it!

We had an amazingly successful show. We took sixteen of our alpacas and also entered Beck Brow Explorer in the sire’s progeny class. Our results:

Thank you to judges: Jude Anderson and Mary-Jo Smith. 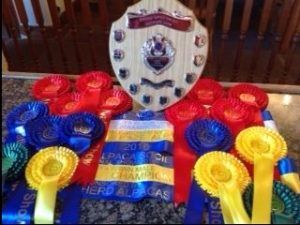 The real excitement for us was Beck Brow Explorer taking Champion (Light) Sire’s Progeny against some seriously stiff competition. His ‘peas in a pod’ did him proud, and look so like their sire at the same age (pictured on our pop-up)

Thanks to judges: Jay Holland and Angela Preuss 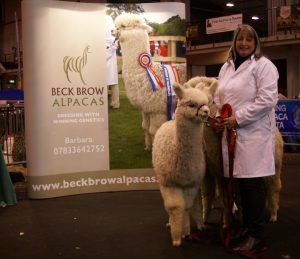 Beck Brow Explorer’s Championship winning progeny group. The image of their sire at the same age.

After arriving home at 11 pm on Sunday evening, it was a quick turn around back down to Reading on Monday. A six and a half hour journey had me questioning my wisdom of such plans, but I had a fantastic two days joining in the BAS Judge’s Calibration Clinic with Jude Anderson (as apprentice).

I then had a day of relaxation before the member’s clinic, again with Jude, on the Friday and Saturday at The Camelid Veterinary Centre, Reading, courtesy of Claire Whitehead. Another extremely informative course and well worth the time away from home.

We are now looking forward to a visit this afternoon from Natasha Clark (Australian Judge and co-judge of the BAS National Show 2015). Natasha will be staying with us until Wednesday – we may have a look at an alpaca or two whilst she is here…there is obviously no such thing as too much alpaca:)