Cria and a C-Section at Beck Brow 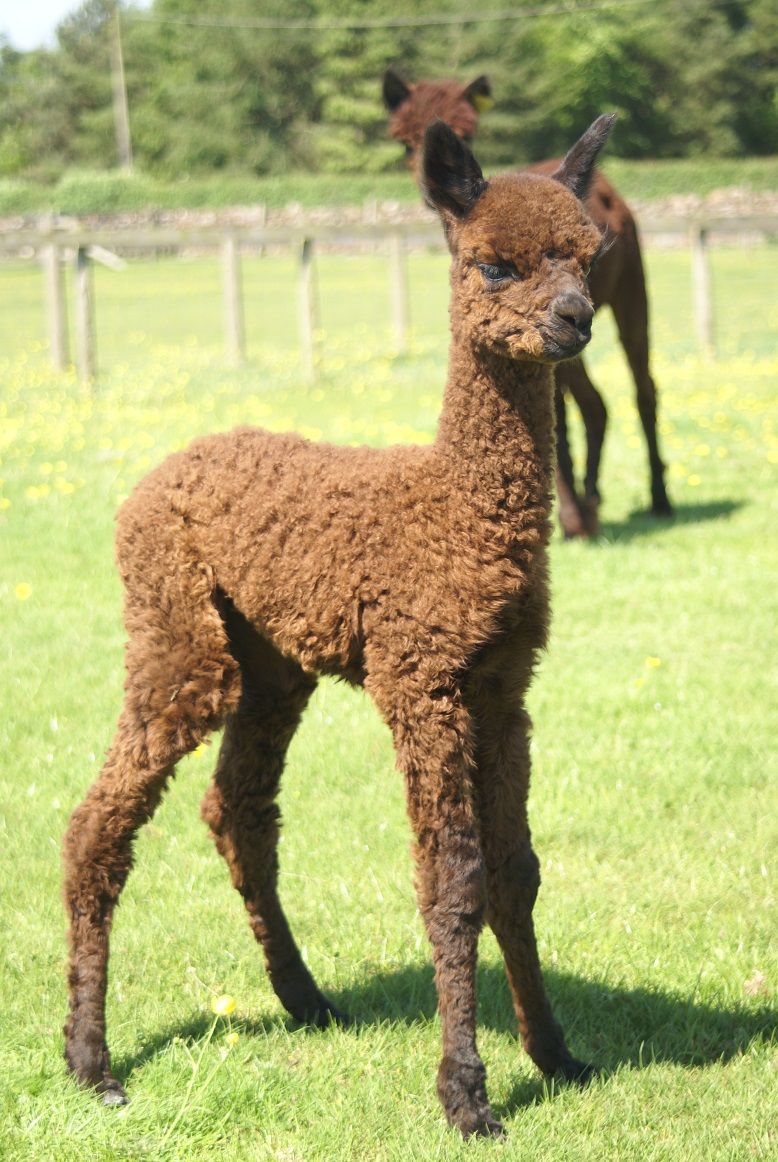 We have had an exciting start to the birthing season. Excitement and a bit of drama too. We had a long wait for an Huacaya friend for Beck Brow By Design (born 23rd March), but Dixie Chick obliged, at 352-days gestation, by delivering a lovely fawn female on the 21st of May. A straightforward birth and an attentive first time mum, we were happy all was well. Two hours later and we were running for an umbilical clamp. We have never had a bleeding umbilical cord that didn’t happen at the time of birth before – so it was lucky we spotted it. With the clamp in place we thought that was that, but she started passing frank blood from her vagina. The vet was called and a couple of stitches to seal the hole where the umbilical cord was, and all was well. A little dysmature she took a little while to get going, but is now gaining well. 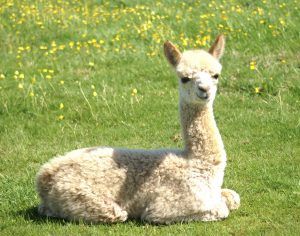 Next to birth was Bozedown Campari, dam of championship winning brown males; Beck Brow On The Money and Beck Brow Back Of The Net. I had put in a request for a female, however this was ignored. I guess I can’t really complain when she produces such fabulous boys . Beck Brow Out Of The Park (sire: Timbertop Goldmine of Beck Brow) is pictured above. Campari is a fantastic female who births with ease, and has them up and feeding quickly.

Yesterday began well. Craig had set up to do some shearing in the barn (he attended a course at Pure Alpacas recently), the sun was shining, and two of my favourite females looked like they were in labour. Beck Brow Trendsetter and Beck Brow Bottom’s Up (both sired by Beck Brow Explorer) were two of our star players in our 2015/6 show team. They have always been extremely close and had obviously made a pact to birth together. Both were 335-days gestation – earlier than our average for maidens. They both went into labour side by side, and Trendsetter delivered a lovely white Kurrawa Legend’s Crusader female, without any trouble. However Bottom wasn’t progressing, and upon examination she wasn’t dilating at all. The vet was called and it was agreed the only option was a caesarian section.

By now Bottom had started to push so we were keen to get on with it. The plan was to sedate her enough to have her lie on her side, and then she would be given local at the site. However, possibly because she was becoming stressed, the sedatives weren’t knocking her out enough for us to feel that we could keep her restrained during the procedure. Not wanting to sedate the cria by increasing the dose, we came upon the idea of using Craig’s shearing ropes. It worked brilliantly. Bottom didn’t struggle and she wasn’t too knocked out that she couldn’t bond with her cria immediately (graphic photos to follow) 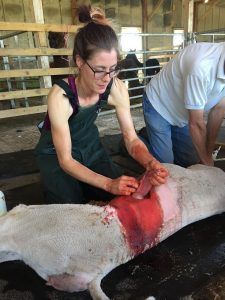 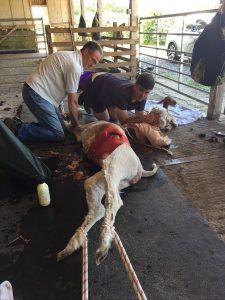 The cria (a beautiful mid fawn Crusader daughter) was on the smaller side (6kgs) but was perky enough. She was given bovine colostrum overnight but is now drinking from mum. Bottom was given Flunixin, Co-Amoxyclav and Marbocyl. Also Oxytocin to aid expulsion of the placenta. With no presentation overnight, she was given Prostaglandin this morning with a good result. We are fortunate to have no flies at the minute, so she was out with her cria today. We have named the cria Cheers To Lottie (after her dam and the excellent vet) 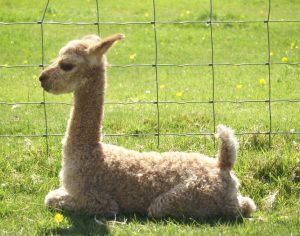 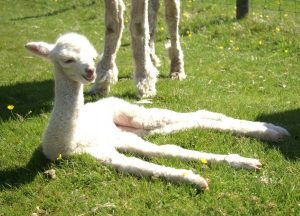 Trendsetter’s cria (Go Getter) was slow to get going. She has also had colostrum and vitamin B1. Unfortunately we haven’t seen any evidence that she is drinking from her dam. Hopefully we will get there. In amongst running around after these two today, Aria had a cria and it was standing before I noticed (there is a lot to be said for experienced mothers). Another lovely Crusader female (beige or light fawn) weighing in at 9.1kgs. Crusader has had 3 cria to white dams, all female and a white, light and mid fawn. All looking very good.

Thankfully we have had our alpacas shorn as we are having a bit of a heatwave. It’s always exciting to see the fleeces coming off. My favourite fleece overall belongs to Beck Brow First Edition (sire: Beck Brow Explorer). He is 4 years old next month and his fleece has all the character it had as a youngster. It was also the heaviest cutting fleece. His skirted blanket (off the table) was 3.2 kgs. Close behind him were his two sisters; Beck Brow Bottom’s Up and Beck Brow Bedazzle. I have yet to weigh every fleece, but they stood out for size, along with Explorer, Crusader and Samurai.

However the prize for the best post shorn look goes to Beck Brow Ying Yang: 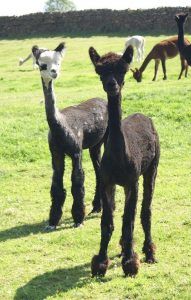 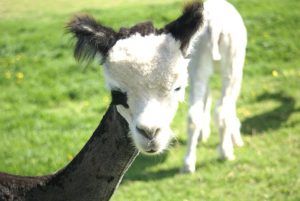 With Beck Brow By Design born in March she was old enough for a cria shear with the main herd; 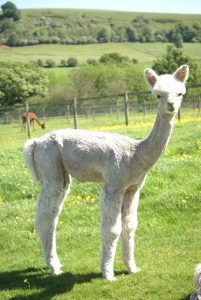 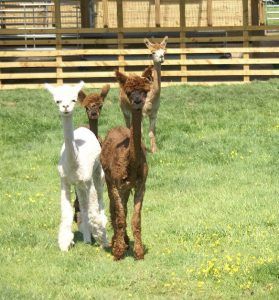