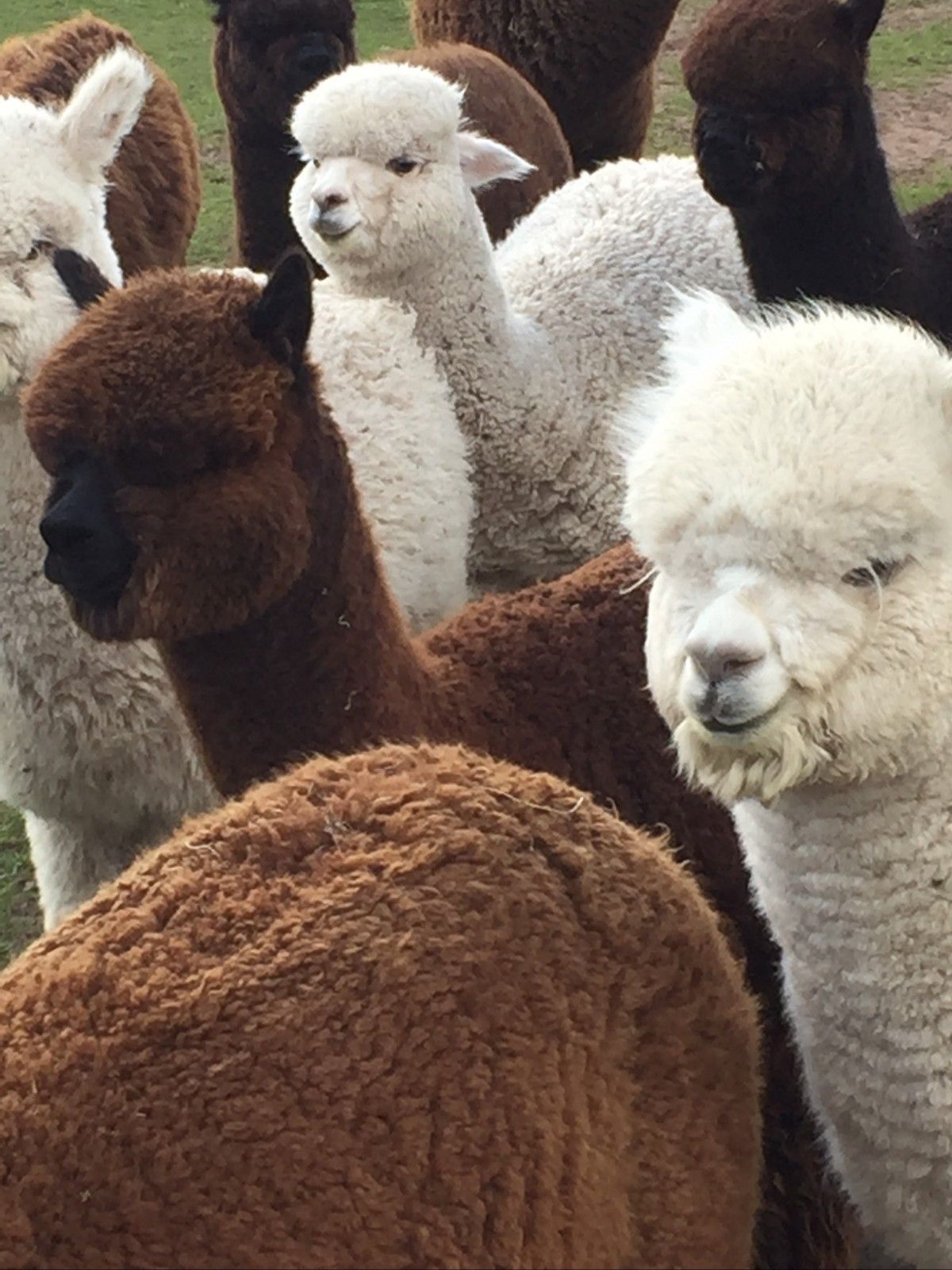 It’s been a busy old time since my last blog. The weekend before last saw me drive down to Buckinghamshire to the Heart of England Fiesta, where I was apprentice judge to Nick Harrington-Smith at the two day show. I had a great time and learned so much. I drove home on the Monday with a head full of fleece and conformational traits…especially those of the Suri breed where I have less experience and needed to hone my skills. It was with Suris still on my mind, that I made a nine hour round trip to Herefordshire on Thursday….

I have felt it creeping up on me for a while, and I know I have been in denial…but I have had to accept that there is more to life than fluffy alpacas…there are shiny alpacas too! Yes we (I) have taken the plunge, and we are now owners and breeders of some Suri alpacas. The desire began in earnest when I attended a Suri Network Group (SNUG)course. Suris were now my agenda…but something for the future…or that was what I thought; until I saw that the highly regarded Lignum Alpaca herd was reluctantly being offered for sale.

I was the first of many breeders to express an interest in purchasing some of the herd, so I had to get down to view as quickly as I could. Thankfully it was well worth the journey, and the two females I went to purchase, turned into four. We have three brown and one fawn girl, two of which have championship fleece show winnings to their name. Volare, Mojito, Moloko and Marizion will be joining us late summer after Moloko has birthed our first Suri cria…exciting! 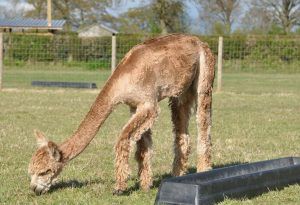 On Friday we were off to the Scottish Alpaca Group Show. We took 13 entries of our own (not the full amount we had entered) and two liveries. It was lovely to attend a show with no responsibility other than getting the alpacas in the ring. It really was a great first show for the group and I am sure it with just go from strength to strength.

We were lucky enough to be in the front line with three males for the White Championship; Beck Brow The Strategist (junior), Beck Brow Bond 007 (intermediate) and Beck Brow First Edition (adult) 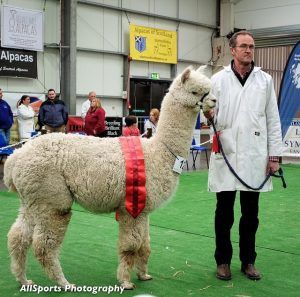 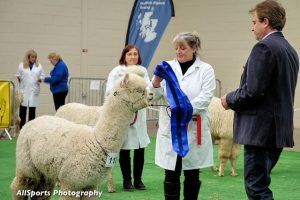 We had some tough classes with a few close top pairs (some we won and some we lost!). We were awarded six championships and two reserve championships as well as 9 x1st, 3 x2nd and 1 x 3rd:

We were so pleased that four of our stud males had championship winning progeny. The Supreme line-up had judge Matthew Lloyd working hard to find the winner. We had two pulled up into the final four; Beck Brow Bedazzle and Beck Brow On the Money… 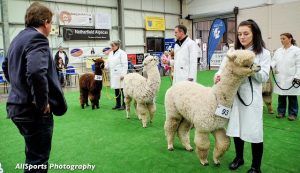 It was close, with On the Money down to the last two, but the final choice was the Light Intermediate Male; Fallowfield Orlando (Houghton King) who won for a delighted Bobcat. 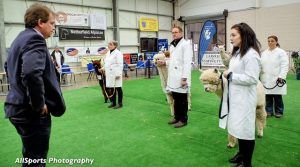 The SAG team worked hard, no one more so than Ian (Hannahston Farm)…doing a sterling job as ring steward for the Supreme line up…love this photo (worth enlarging) 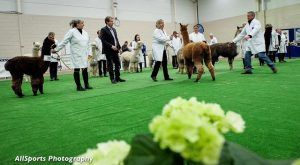 On Sunday Ben and I returned to Scotland, driving a six hour round trip to Fife and back(yes I have done some miles of late!). We had a scenic trip to deliver Beck Brow Mr Darcy (sire: Beck Brow Explorer) and Beck Brow Illusion (a young maiden and date for Mr D) to their new home, in the most beautiful of settings.

I will be tied to the farm now mid-week, as the first of our females due to birth is 341 days gestation today, but with frequent hail showers and frozen water troughs this morning, I expect she will be hanging on for a while (I hope). Our first group of females for on-farm matings arrived today. We have started rather earlier this year so the boys are already working. Lets hope next spring is kinder!

Finally a couple of photos of weanlings and dogs… 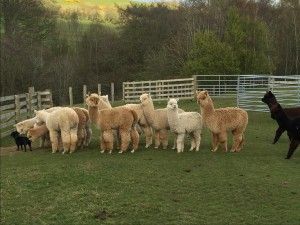 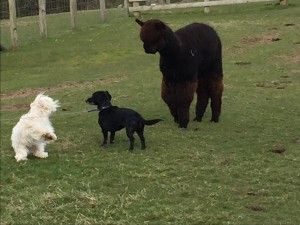 Kingwell Bolero with a dancing Milly