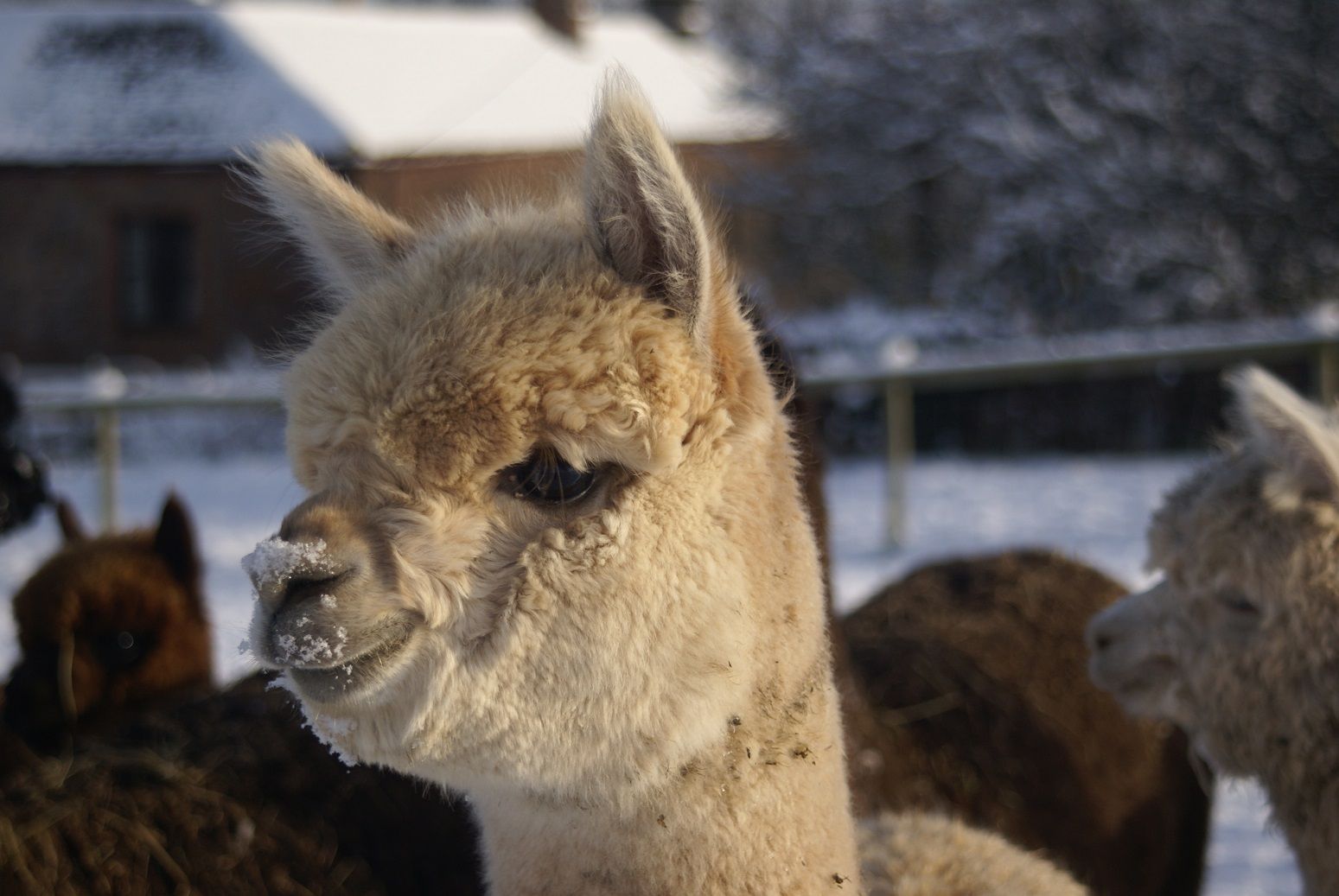 We woke up on Sunday morning to beautiful white paddocks…beautiful empty white paddocks…as there was not an alpaca to be seen. Everyone was tucked up in their barns and shelters, and by the lack of footprints, had been all night. 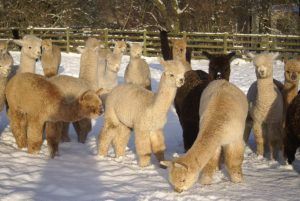 Beck Brow weanlings in the snow 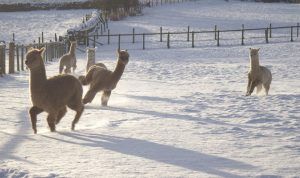 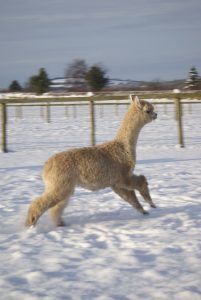 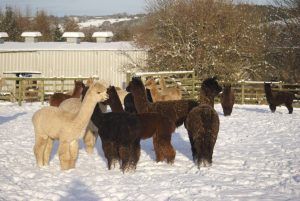 Beck Brow Game On (left) looking rather cleaner than the agisted none cria sheared! 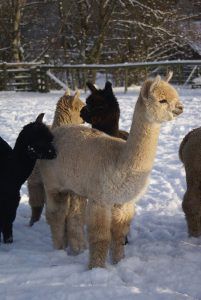 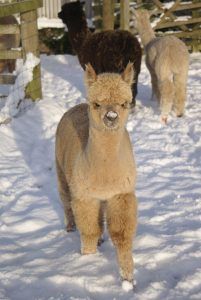 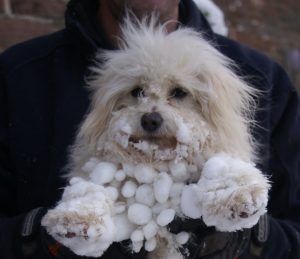 Milly – not designed for snow!

Luckily Paul had collected all the alpaca fecal samples for testing before the snow. The centrifuge was whirring away as a constant buzz for a couple of days as he tested the herd. We (that is a royal we) test approximately 10% from each paddock (not mixed samples). Paul has the microscope attached to a camera so he can sit at the PC scanning through the slides. Really pleasing results with no treatment required for the adults. One of the unweaned cria had a very small amount of coccidia (we treated with Vecoxan as he is still small). Our paddock sweeping and poovering hasn’t been as vigilant as usual because the land has been so wet, so it was good to know the herd is so clear of internal parasites.

On the subject of parasites the mild winter seems to have us with some signs of mites between the toes, rather earlier than usual. We always keep some Eprinex spray mixed for early signs, or Frontline if it is one of the show team (we don’t want the oil on the fleece). We usual have at least a couple who loose some fleece from their feet and have tried all kinds of lotions and potions over the years. In most cases we have found Sudocrem does the trick. However with all the mud this winter we had been finding  it difficult to get the fleece to grow back on one of the yearling boys feet. I then remembered that we had won some Camrosa balm as part of Supreme Champion prize at the YAG Show. It is a few years since we have used it and I wasn’t quite sure if it warranted the addition cost, however the fleece started to grow back after the first treatment and is much improved. I think the fact it is so water repellent is key.

Slinkee Minx had her first outing on a halter today and was a little star. In fact they are all really good this year…might be a case of a couple of forward ones then it is follow my leader! 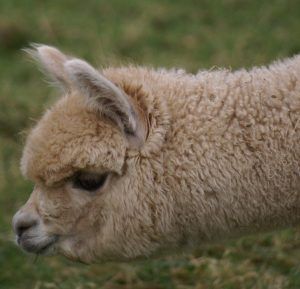 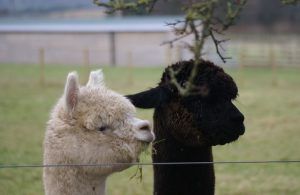 Kingwell Bolero (sire; Black Sabbath) is an agisted weanling, and as such does not belong to us. I am rather taken with him, so much so I forgot that he wasn’t mine and he got cria sheared!! 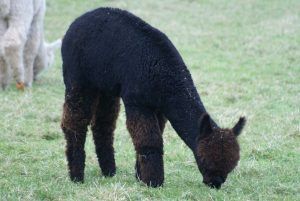 We are now waiting for a snow free, dry, and sunny day in order to get some photos of some potential stud boys that we will be putting up for sale (all champions). I still find it difficult to let alpacas go. We did sell a female a couple of weeks ago…but she is staying on agistment so that doesn’t really count!

Beck Brow Honey Bun (sire; Waradene St Patrick) who is pregnant to Timbertop CT Goldmine is looking swell. Honey may well be amongst some females who will be available at a very reasonable price. 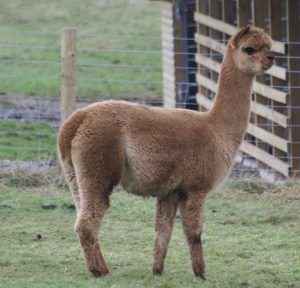