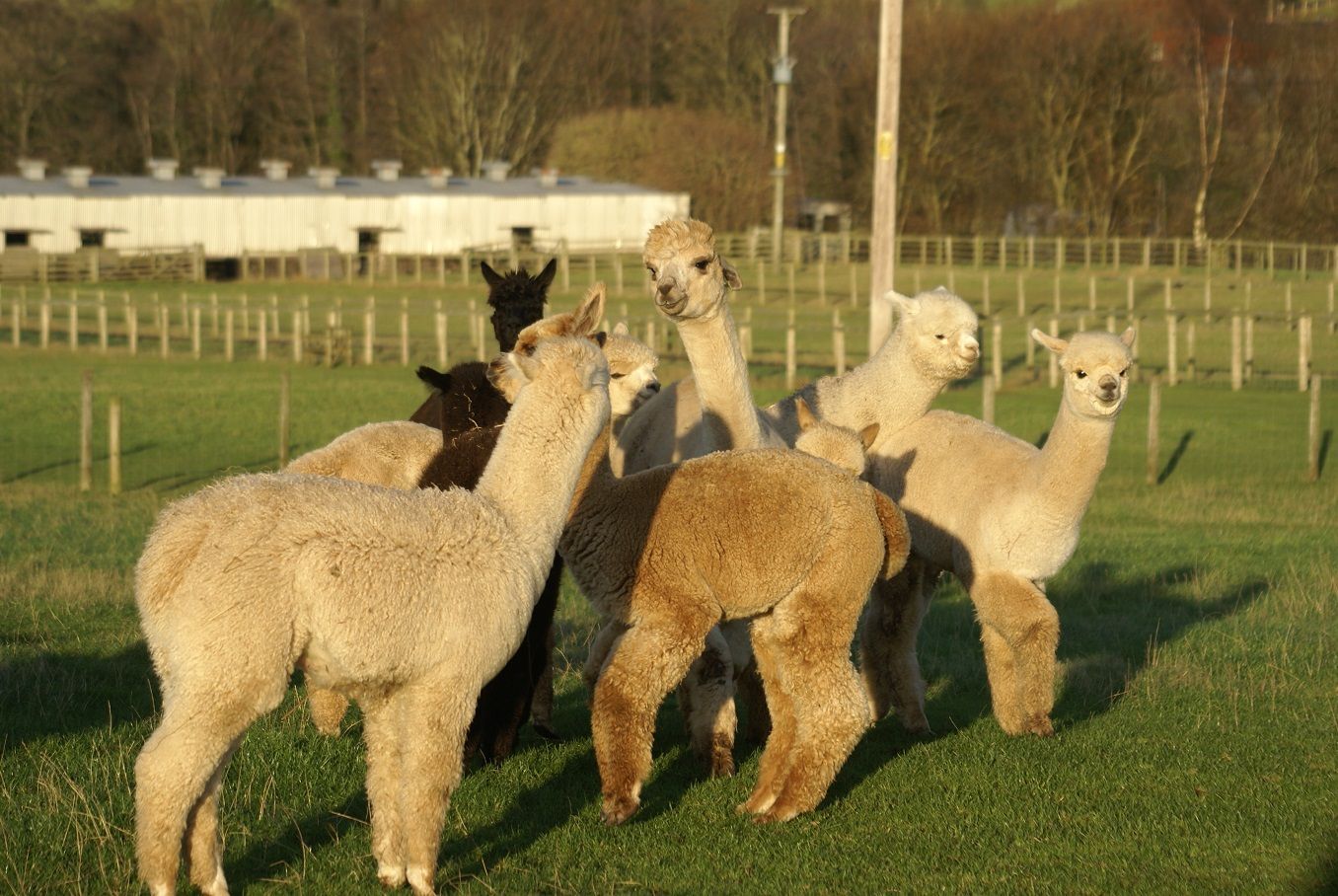 It’s done. As always the thought is far worse than the action. The first batch of twenty seven cria were weaned on the twenty seventh of December(as has become the tradition – three years in a row, the same date). They have done amazingly well, especially as we had to move them after a couple of days, as their paddock became waterlogged after yet another downpour. So they are actually sharing the barn with their mums (opposite ends) but feed out to paddocks quite some distance away. This seems to have worked well. We have just weighed them all this morning, and we would normally expect a little dip in quite a few, but we were pleasantly surprised. Three had lost a little, four had stayed the same, and twenty had continued to gain weight.

The only time we routinely worm is at weaning time (when we give oral Cydectin and Vecoxan) as the increased stress levels can allow any parasites to flourish. However, we hadn’t realised that we were short of Cydectin and thus the weanlings were dosed today rather than on weaning day. I was rather questioning the need of dosing all those with such good weight gains, but they were all done as a precaution.

It has been really interesting to compare this year’s cria weights to last year’s. We have a number of full siblings to compare including Beck Brow Bedazzle, who is 6 kilos heavier than Bottom’s Up was when weaned at the same age. Even more noticeable is Beck Brow Fashionista who is 30.5 kilos as four months old and 8 kilos heavier than her full sister Trendsetter was at the same age. Whilst we have some very good weights this year, looking back over a number of years to compare, it is last year’s weights that were especially poor for us. The rain started early last winter and it was much colder too. We fed haylage last year and have only have fed hay this year, so quite surprising to see such a difference.

We have quite a few at around 30 kilos at four months who have not been weaned. Our biggest and smallest non-weaners… 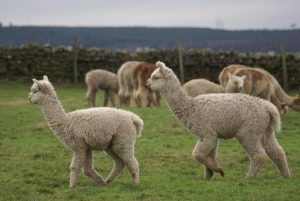 The mums seem to have taken it very well. I thought Bozedown Magic Charm might have missed Match Point, but she seems grateful to have some peace…not surprising when you look at the photo at the top of the blog, taken a week before weaning. If fact some of the mums who still have their cria, have started leaving them in the paddock when they come into the barn…as if to say “how comes I still have mine to look after!”

We have had a surprise appointment of weanling team leader. Beck Brow On The Money, who stuck very closely to his mum after sustaining an injury, has taken up the challenge. Full of confidence, never once bothering about his mum, and running around…obviously glad to be rid of the apron strings. 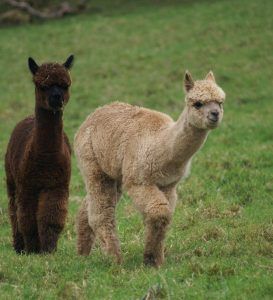 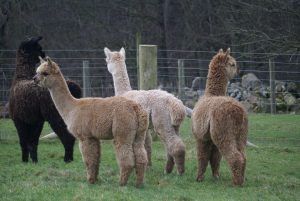 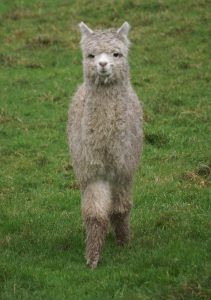 On the subject of weight; as always we condition scored all our adults when giving them their monthly A D & E vitamins. We rarely have a problem with low body condition but do have a problem with keeping the weight off some (the joys of living in the fertile Eden Valley). However, I am often contacted by owners worried about low body scores, and thus I thought it might be useful to new breeders to share our basic approach.

Increased demands – our first thoughts would be to consider increased demands on the alpaca. This could be a nursing female, an older alpaca during winter, poor weather conditions. This may just require us to increased their intake.

Reduced intake – is the alpaca eating properly? If not consider jaw abscess or other mouth related issues. Consider stomach ulcer or stress (change of group or home). Shy eater (may need more trough space). Pain can also cause a reduced appetite (treat injuries)

Parasites – Fecal Egg Counts (FECs) for worms, coccidia and liver fluke. Check eye and mouth membranes for colour (should be quite dark pink). Consider Barbers Pole especially with anaemia. A clear egg count is not a guarantee that no parasites are present, as they go through different stages of shedding. Can be worth repeating if no other cause found.

Infection -in most cases weight loss would be a secondary symptom, but in cria especially, weight loss can be an early marker.
Consider Mycoplasma Haemolamae (treated with Oxytetracyclin). No loss of appetite. Will have signs of anaemia.

Vitamin and Mineral deficiencies – especially in cria where vitamin D deficiencies will cause ill thrift and possible Rickets. Selenium and thiamine deficiencies to be considered.

Of course there are a multitude of possible causes but we would rule out the most likely first. We would obviously recommend taking advice from your vet. This may require bloods to be taken as well as FECs

We have been fortunate not to have any severe parasite problems. However, we did gain rather a lot of unexpected experience of low body scores when a group of females arrived for livery a couple of years ago.One female came to us with Mycoplasma Haemolamae. She was 45kgs when she arrived with a nursing cria at foot. Also within the group was a large framed female who weighed 49 kilos, again with a cria at foot. She had an untreated jaw abscess. Thankfully both responded to the appropriate antibiotics (Oxytetracycline (MH) and Florfenicol (abscess). A third female was diagnosed with pneumonia (rasping and rapid breathing were the obvious indicators rather than low weight), she also responded to antibiotics. She was within normal weight range (no prior weights available). Last and indeed least of the ‘skinnys’ was a female who had had a very severe case of internal parasites a few years earlier. She has never really gained much weight as we suspect her gut has been damaged. However she does well and with frequent probiotics (we are using a one from Osmonds at the moment) she seems to be healthy and has a good appetite.

As for the overweight girls…Paul puts that down to TGPG. He is probably right as it does seem to run in families…The Greedy Pig Gene!!! 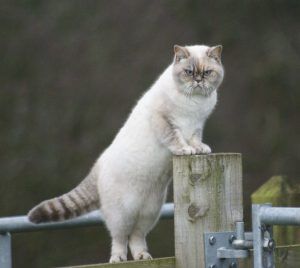 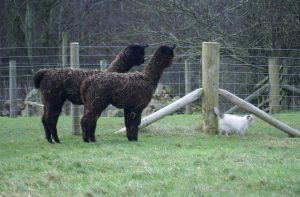 The reason for Angel looking cross

Wishing you all a happy and healthy 2016!