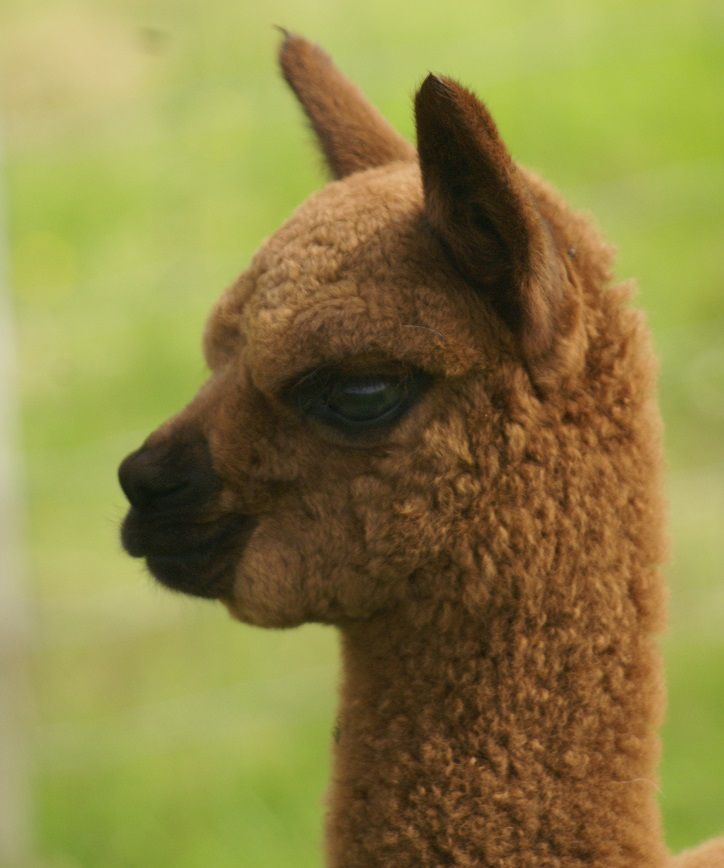 This morning as I was slipping about in the quagmire, gamely hanging on to a barrow full of poop, with the rain trickling down the back of my neck…I was thinking how lucky we are (remember glass half full)…for every alpaca on our farm has access to either a purpose built, or carefully converted, shelter, belter or barn…this is thanks to Paul and his handiwork.

This morning you could have been forgiven for thinking that we bred field shelters rather than alpacas; for that was all that could be seen in the paddocks. After a weekend of storms the shelters have been welcome. We allow freedom to come and go and only keep in dams with very young cria, and only in severe conditions (not this weekend) but the females especially enjoy keeping dry and stay in of their own accord.

Paul has modified the shelters over the years. The first he built had opaque roof sheeting which made the shelter quite dark. Mark 11 was built with mainly transparent roof sheeting. Much brighter but this got quite warm in the summer. Thus the final version we now use has half and half, allowing plenty of light and shade. With consideration given to wind direction, the shelters are largely open fronted (gates and rails only), this is again to give light, but also to allow good air circulation. We have found if possible, alpacas prefer at least two openings – they like to see another exit route if they are to be relaxed in the shelters initially. Our only building with a single entrance and closed front, has been fitted with a number of acrylic mirrors. This gives the impression of more space and light.

Paul’s latest Big Belter has become the winter home for the maidens and those females who either slipped pregnancies or lost cria over the summer. Thirty seven females in total with lots of room to spare. 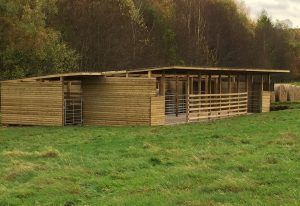 As you can see the maidens have ventured out, as Trendsetter who is checking out Milly is looking rather bedraggled… 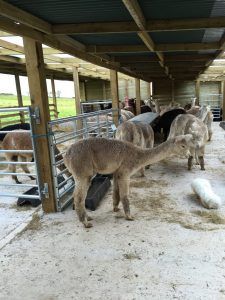 Inside the biggest Belter @ Beck Brow

The intermediate and young adult boys have the origional Belter. They have a great view back over to the farm and spend plenty of time inside without any fighting. Photo taken before sweeping up. The white powder is cubicle disinfectant that we scatter over poo piles after clearing. 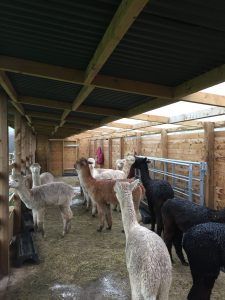 The juniors’ love of the barn did come in handy over the weekend when we were trying to choose a show team for the National (which opens for entries tomorrow)…well they were dry at least…otherwise we are finding it extremely difficult. Whilst we only have to enter numbers at this stage, we need to have a good idea as to whether these are adults, intermediates, juniors, males or females, so that we can work out transportation. We now have 25 on the list to choose from (we definitely cannot take that many). Then we did some colour checks on the juniors and some mid fawn now look light meaning there would be three in one class (do we want that?).

I think it will be a team with lots of juniors, it is such fun to take them out for their first outing. We have been so fortunate with the quality of the 21 cria we had born this year, sixteen of them are on the list as being worthy of making the National team. So many decisions, I have pieces of paper with names ticked and crossed and then another with different names on. Last year we went with the hope of coming in the top three in our classes, which we achieved. With a bigger junior team this is unlikely. So maybe I should stick to the top ten…help!!!!!!!!

Beck Brow Golden Sunset (pictured below – on a dry day) has now made the list after Saturday’s assessment. Cria shearing half of the cria certainly makes it more difficult. Those cria not sheared show their fleece off much better, at this stage at least. The two females not on the show list are both from black dams and do not quite have the density to cut it. 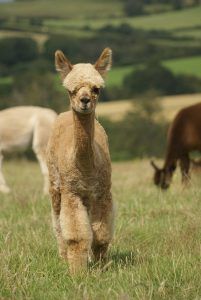 We have sold three of the 2015 boys as pets. They all have lovely fleeces but two have spots (and with the third it is just a case of having three better in the same colour). They are going to their new home with two lovely intermediates; Asterisk and Hotshot who have both done well at shows. It is a difficult call to let such good boys go as non-breeding, but the males that we have retained to market as stud males have all won championships, and that is the standard we want to stick to. The boys’ new owners appreciate their quality and want to use their fleece to produce bespoke products. I know that they will be very well cared for and this is always most important.

In amongst all the alpaca assessment, the herd were all given their AD&E, and we managed to order a couple of freezers on-line. After telling Paul he was so behind the times…he actually wanted to drive half an hour to a store and collect a new freezer…we went on line. Get them to deliver it. Take the old one away. Save loads of time and energy…two hours later we had some how managed to purchase two freezers. Numerous phone calls and grey hairs later…we will be getting ONE freezer on Thursday. Lets hope I do better with my on-line show entries!!!

Milly and Velvet drying off in the barn… 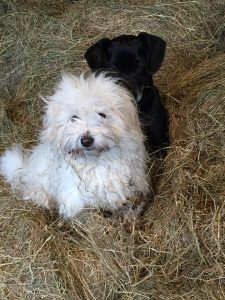 Not the weather for a ‘white’ dog

Finally Hettie kitted out for the weather… 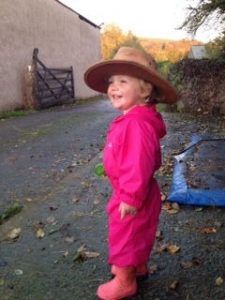 Categories: Blog
Beck Brow On The Money
A Wet and Windy Cumbria