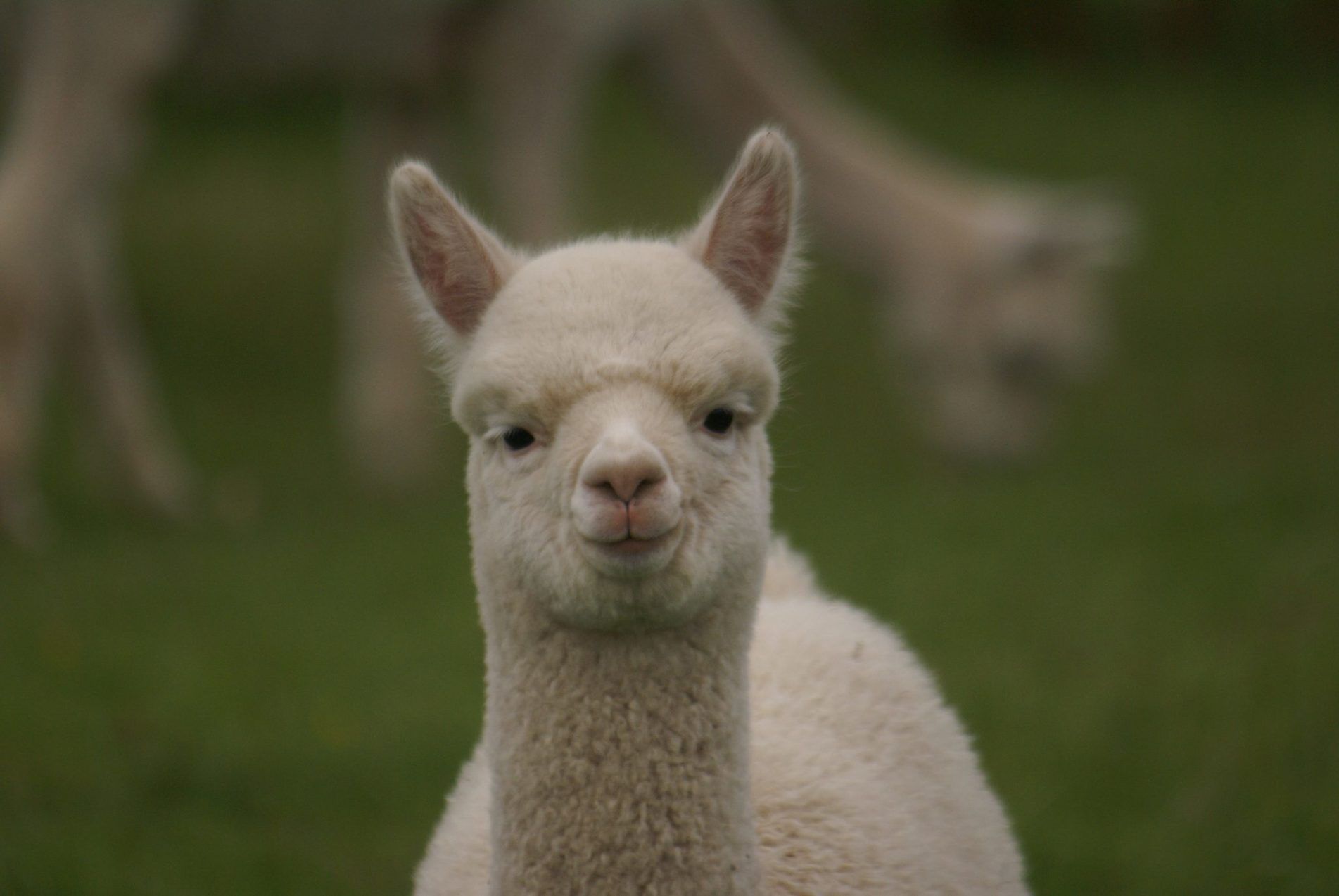 Following on from my last blog…

Unfortunately we have not succeeded in bonding Bunny and Bunty (who is now named Hip Hop – explained below). The sepia did appear to have the desired affect upon Bunny, who started to show interest, but as Hip Hop did not return the feeling, she soon gave up. A strange situation for a cria not to bother with it’s dam, but she has always been so independent. When I bottle feed newborn cria (not often thankfully) I put them between my legs and lean over them to make it dark, then hold the teat nearly vertical (to imitate being under the dam). However right from the start Hip Hop wanted her bottle from a distance. I feel a little sad for Bunny…a couple of days ago when Robyn was here with her dog Oscar, Bunny stopped Hip Hop coming over, and was most insistance in preventing her going near the dog…she loves her from a distance obviously.

We mate very few of our females under 20 months of age, but Bunny was one of those. She was well grown and appeared mature. Birthing was not a problem, but her behaviour suggests that she hasn’t the maturity required for motherhood yet. We haven’t mated any of our yearling females this year, and probably wont again. Although most of the time it hasn’t been a problem, the only two rejections that we have ever had, have involved young girls. 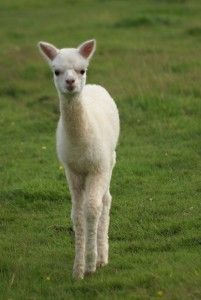 After complaining about our lack of female cria, we have now had a rush of girls. The tally at the moment is Boys 13 v Girls 15 for Beck Brow. In total we have had 43 cria born on farm this year and have 9 left to birth (8 Beck Brow). Normally I dread the end of the birthing season as I enjoy it so much…this year I am ready for a rest!

Just some of the recent births… 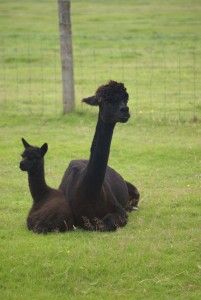 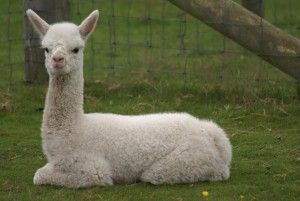 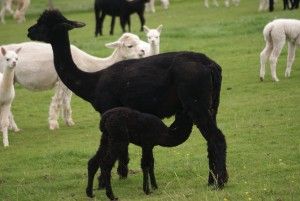 Ep Cambridge Gunsmith (our grey male) has given us 4/4 females with one birth to go. Three blue black females and the lovely Ying Yang… 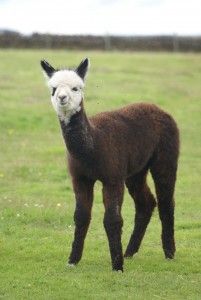 Gunsmith has now gone to his co-owners at Velvet Hall Alpacas. We realised after he had gone that we only had two of our females pregnant to him (plenty of agisted girls). Beck Brow Sunday Best (dam of Ying Yang) has been mated with Gilt Edge Samurai instead…lets see what the boy does over black!

It seems that Bunty was not a suitable name for everyone’s favourite (obviously being bottle fed). Not my usual show team kind of name I suppose. I admit I have been rather dry of ideas this year. I thought Bunty tied her to her dam (Bunny) so keeping to that I have named her Beck Brow Hip Hop (hop = Bunny…its a stretch I know). This fits with a vague theme of music and dance which includes: Jitterbug (Octavia’s), Down The Disco (April’s), Ragtime Blue (Scarborough’s), Honky Tonk (Hoity’s), Swingtime (Sparkle’s) and Indie Pop (Hallelujah’s).

There has been a couple of renames in there. I originally named Hallelujah’s cria Sunkissed, thinking that she was light fawn at birth, but I think we can say beige at best. So Indie Pop it is. 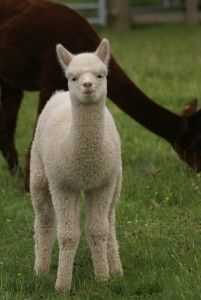 Indie looks like she is saying “excuse me…can a girl not got to the loo in peace”. I love her look. I can see both Explorer (sire of her dam) and her sire Goldmine in there. It is great to see the crossing over of our chosen genetics resulting in such a sound female.

I mentioned in the last blog about using Crovect (for the first time) against the flies that we have been having this year. We only used it on a few alpacas who had various wounds (shearing nick, abscess etc) and it does seem to be keeping the flies clear. One of the girls requiring treatment was Marizion one of our new Suri girls. I am so impressed with the gentle nature of these females. They are a delight. 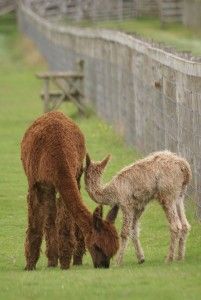 For those who enjoy some cria photos… 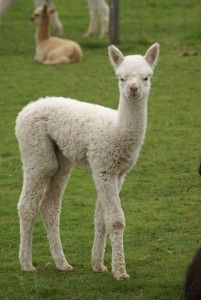 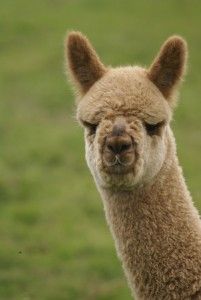 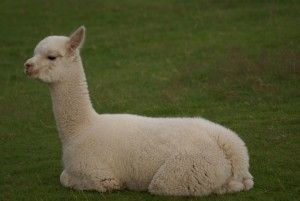 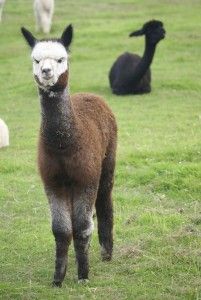 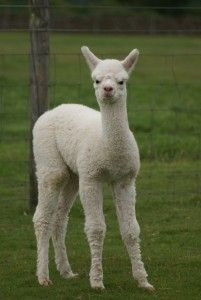 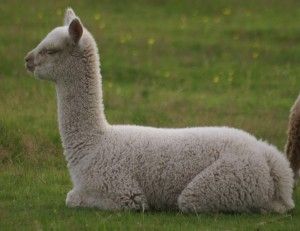 We have wrapped our hay into big bales. The sun was not quite kind enough and we were running out of time before the rain due shortly. The other half of the hay field has been left in hope of getting some small bale hay before the end of the month. Such a shame as the haytime team were on stand by and had to be cancelled…that’s a lot of posh dogs for Paul and I to get through.