A Classic case of Anything Goes 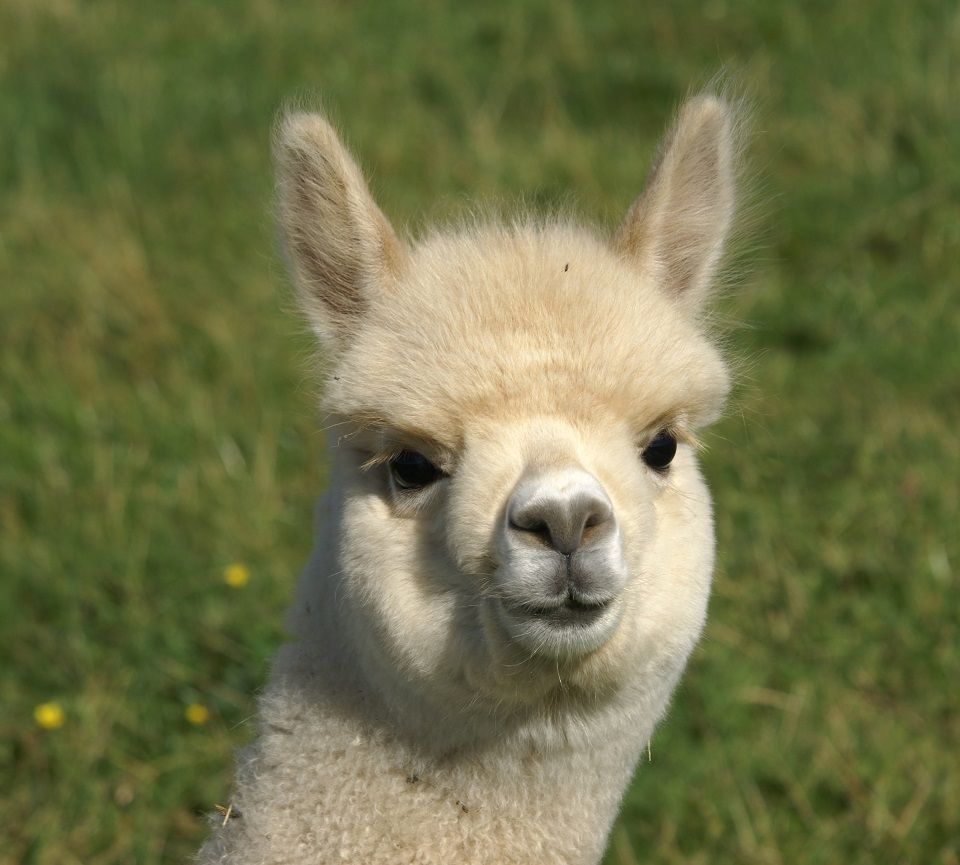 It has been a week of none stop celebrations around here…so much so I haven’t had time to blog, so apologies for a rather long and late one…

Starting with The Alpaca Classic held at Bozedown Alpacas and co-hosted by The Alpaca Stud; it was yet again a very enjoyable event, lots of beautiful alpacas to view and purchase…if so desired and of course I did desire…the pen sales, an addition to the auction, appeared to be a success with purchases made throughout the weekend, keeping the weekend buzzing. The speakers were also very informative and fun, not to mention all the alcohol and food provided. Our purchase was Bozedown Anything Goes, a female who fits extremely well in to our breeding programme having great uniformity of micron along with a good level of continued fineness and density. AG is sired by Bozedown Comet II (sire of our beautiful Bozedown Celestrial…Championship winning female and dam of Champions) and is pregnant to Bozedown Achilles. Our thanks to Bev from Hebbs Alpacas who made the long journey to collect her along with her own purchase. 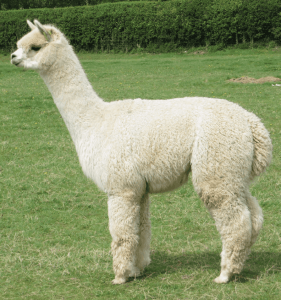 We arrived home from The Classic to some very dirty alpacas…that included most of the show team for Westmorland County Show. The reason…we had forgotten that Paul had levelled out the ground for his next extra large belter (twice the size of the last) and this had been discovered and used as a rolling pit! 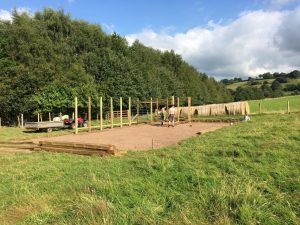 Preparations for the new XL Belter 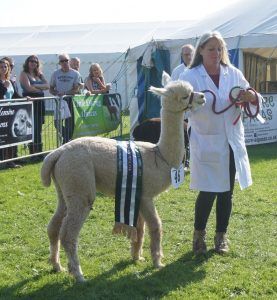 The excitement continued over the weekend when our newly purchased white stud male was being shown in the Australian National Show. We weren’t holding our breath, we know the standard of those white classes in Australia is awesome, but secretly we were saying if only he gets placed (even if we were pretending it didn’t matter). Well he did us proud; Third place in a class of 19 in the fleece show (with 1st place in his class sharing his sire). 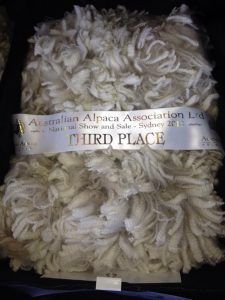 Kurrawa Legends Crusader was selected to join our herd after much research. We needed a male who was unrelated to our herd as many of our top class females already share some of their genetics. We were not only impressed with this boy’s sire; Premier Kiwi Legend, but also his dam who is a top notch fawn female (thus we would expect him to carry a secondary fawn gene). We were also extremely happy with the lack of change in micron from his first and second fleece stats, low standard deviation, as well as good density. So we know that he is the right male for us…am I building up to say he didnt fare well in the halter show… not at all…we were delighted when he received a fourth placing (check out the competition below). The first and second placed alpacas in his class went on to get Champion and Reserve in the adult male. The third placed male in his class was sired by Patagonia Celtic Triumph (Sire of our Goldmine)…Whoop Whoop from us! 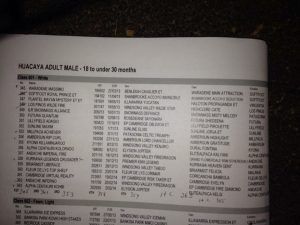 Then on Sunday it was the Christening of our granddaughter Henrietta Rose (Hettie). The service was at Ainstable Church with the after party at Beck Brow… 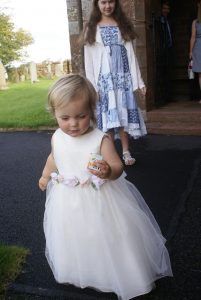 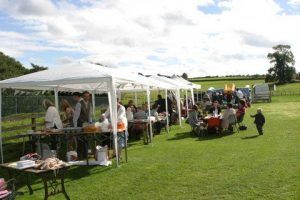 The Party at Beck Brow

At some point since my last blog we have also had a cria born. Beck Brow Snooty Boots (sire: Waradene St Patrick) who is fawn, has done it again, producing a blue black sister for Championship winning Beck Brow Jimmy Choos. We have named her Fair Play…well done Viracocha Black Sabbath…another cracker! 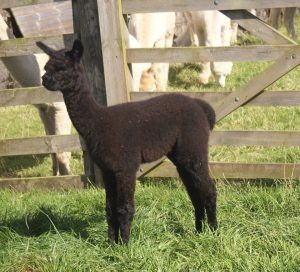 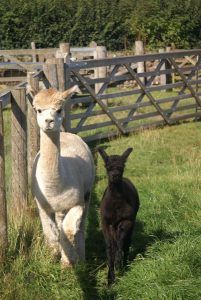 Watching the results of the AAA National Show has reinforced our belief that we have gathered a herd full of top notch Australian genetics. We have two Windsong Valley Firedragon daughters; Ep Cambridge Stargazer who is the dam of Beck Brow The Strategist (sire; Beck Brow Explorer) 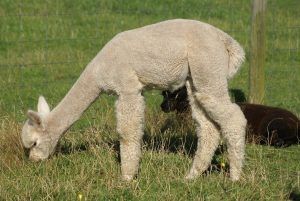 And Ep Cambridge Summer solstice who is the dam of Beck Brow Game On (sire; Waradene St Patrick) 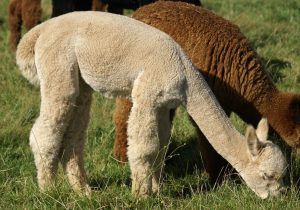 Whilst Timbertop Goldmine brings Patagonia Celtic Triumph genetics, Beck Brow Explorer brings Ep Cambridge Peruvian Spartacus (possibly my favourite male…we have his genetics in a number of our best females too). Waradene St Patrick brings us Benleigh Belissimo as well as many others.

Talking of elite Australian genetics, as discussed in a previous blog, we have been very fortunate in our purchase of Grand Flowerdale Tor’s Affirmation of FLD from Mike and Melanie of Fallowfield Alpacas. This is a beautiful female…who has made us lose our resolve about September matings…she sat today and was re-mated to Beck Brow Explorer…just too good to miss! 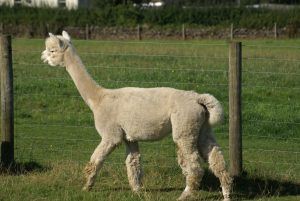 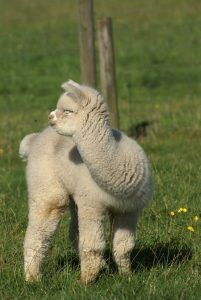 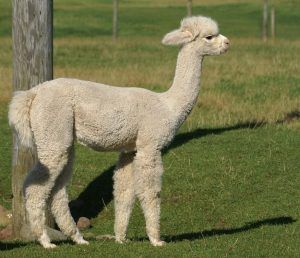 Beck Brow Bedazzle…full sister to Supreme Champions Bottoms Up and First Edition…Honaria does it again:) 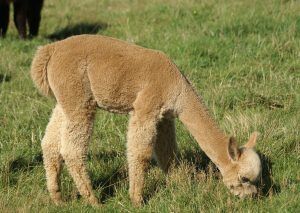 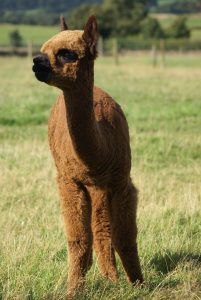 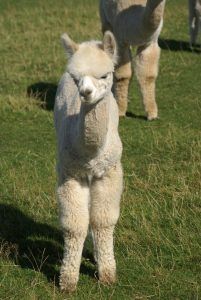 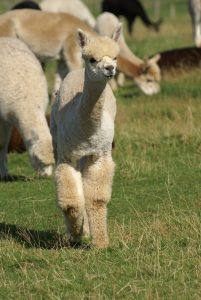 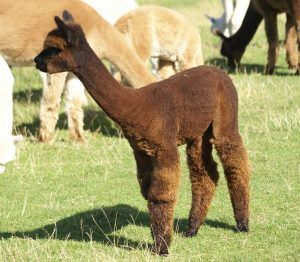 As is so often the case Goldmine cria seem to be in all the photos…obviously passed on his poser gene!

It has been lovely having Ben home for the Christening and a few add on days. As it was his birthday we celebrated with a lunch at Miller Howe on Lake Windermere…highly recommended but I will spare you the photos, instead some relaxed family shots from today… 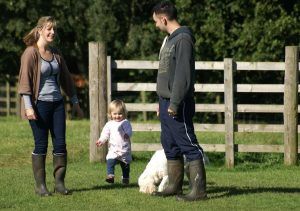 Robyn Ben and Hettie…caught off guard 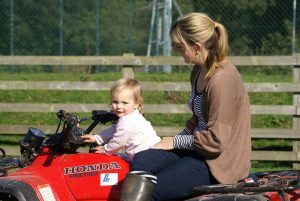 Hettie on the Honda

Categories: Blog
A visit from the vet…a good one!
Escape from Beck Brow!